Program Note
Eva (Daniela Marin Navarro), a sixteen-year-old girl, is confused as her parents divorce. She lives with her mother, a little sister, and a cat, but her heart often clings onto her father, Martin (Reinaldo Amien Gutierrez). She desperately wants to move in with him, but her middle-aged artist father doesn’t seem to be able to afford it. Eva tries to be around him exploring the world of adults with beer, cigarettes, and sex. A winner of three prizes (Best Director, Best Main Actress, Best Main Actor) at the Locarno International Film Festival this year, this film portrays the attachment between a father and a daughter. It is impressive to see how the actors wonderfully portray the impulsive and unreasonable characters. It is also impressive to see how the director unexpectedly places characters in the heedless scenery of San Jose, Costa Rica, and how he uses dreams and poems as symbolic devices. The title comes from Martin’s poem, I Have Electric Dreams. The wild voices screaming for love are very vivid. This film is a directorial debut feature of Valentina Maurel. (LEE Juhyun)
Schedule
Director Valentina MAUREL
Valentina Maurel hails from Costa Rica and studied filmmaking at the INSAS in Brussels. As a graduation work, she directed a short film Paul is Here (2017) and received First Cinefondation Prize at the Cannes Film Festival. Lucía en el Limbo (2019), her second short film shot in Costa Rica, was invited to the Critics′ Week at the Cannes Film Festival and the Toronto International Film Festival. I Have Electric Dreams is her first feature film. It won three awards (Best Director, Best Main Actor, Best Main Actress) at the Locarno International Film Festival this year and is being invited to many other prestigious film festivals.
Greetings from the Director
Photo 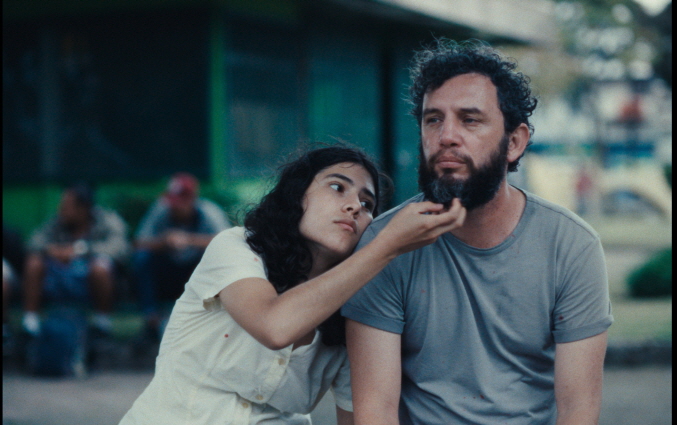