Program Note
Executive produced by Wong Kar Wai and directed by Jeffrey Lau, The Eagle Shooting Heroes is a comic martial arts film made during Wong Kar Wai’s short break from Ashes of Time (1994). Give the genre a try and you will encounter a humorous plot and characters that go beyond expectations. Renowned actors such as Tony Leung, Leslie Chung, Brigitte Lin, Carina Lau, Joey Wong, Maggie Cheung, Tony Leung Ka-Fai, and Jacky Cheung performs slapstick comedy. Tony Leung plays Ou-yang Feng, who falls in love with the Queen of Golden Wheel Kingdom and becomes the leader of a rebellion. He flies around wearing ridiculous magic boots and fails every time to subdue his opponents with his sausage-like lips. Even during a well-planned action sequence designed by martial arts director Sammo Hung, he gets absurdly crushed by his opponent. Far from his usual solemn and dignified style, Tony Leung wonderfully takes on a character with a completely different texture. (JEONG Jihye)
Schedule
Director Jeffrey LAU
Jeffrey Lau is a writer and director who is well known for his comedy films in Hong Kong. After debuting with Operation Pink Squad (1986), he made A Chinese Odyssey Part One - Pandora′s Box (1994) and A Chinese Odyssey Part Two - Cinderella (1994) based on the Chinese classic novel Journey to the West. His filmography includes All for the Winner (1990), The Eagle Shooting Heroes (1993), Chinese Odyssey 2002 (2002), and Kung Fu Hustle (2004).
Photo 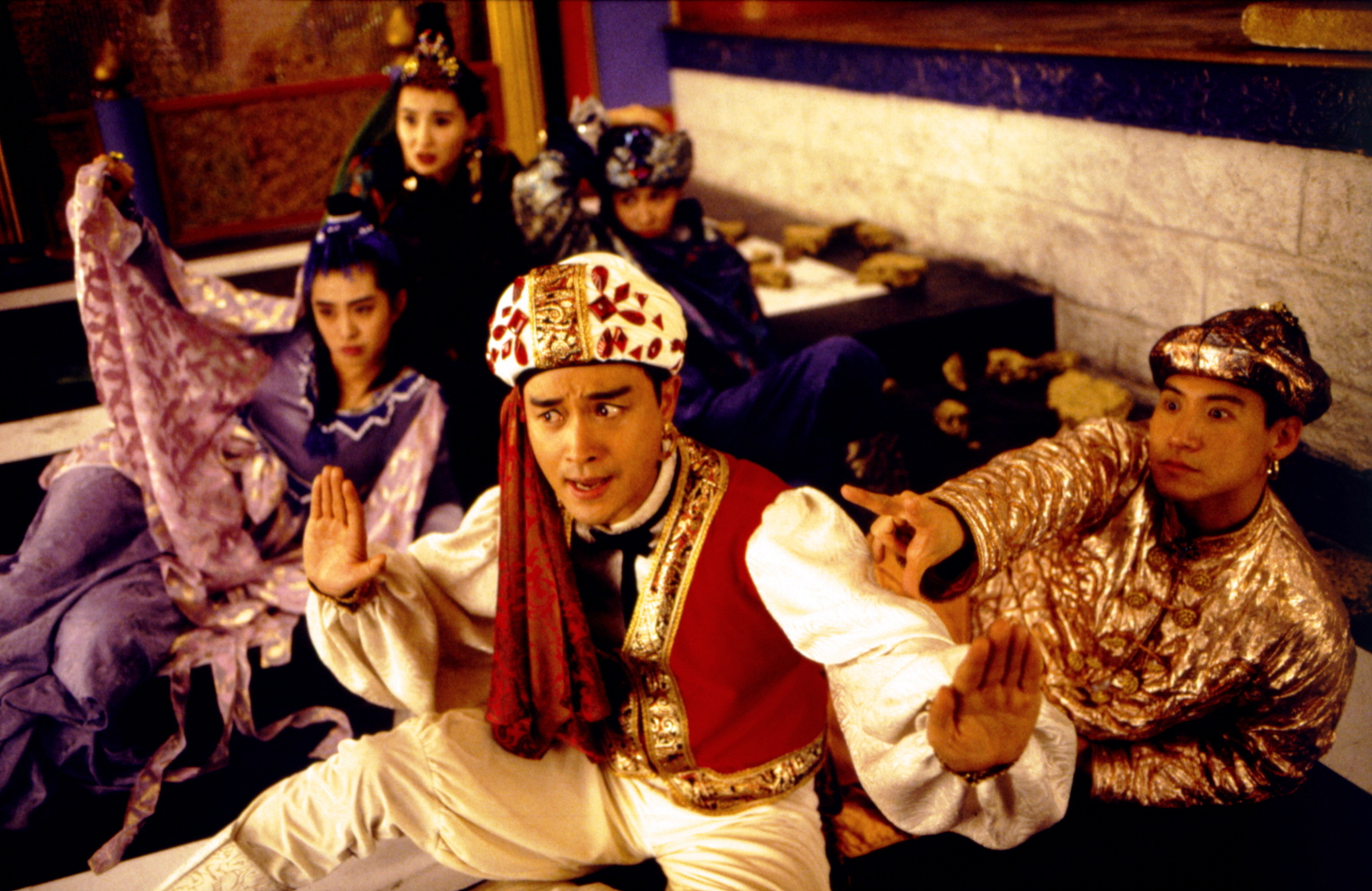