Program Note
Mumtaz is a makeup artist who is passionate about her work. She lives with her considerate husband, Haider; her dominating father-in-law, Aman; in addition to her brother-in-law, his wife, and their four daughters. When Haider, who has been a househusband for years, gains work as a backup dancer for the charismatic transgender musician, Biba, Mumtaz is forced to be a housewife. From their intense first encounter, Haider is drawn to Biba, while Mumtaz feels suffocated with unwanted pregnancy. From Mumtaz with her resolute ego and Biba who is true to her desires to Haider with his shaky sexual identity and the father-in-law Amaan, this film paints a delicate picture of gender and sexuality, which are oppressed and exploited in a religious and patriarchal society. Saim Sadiq’s debut film, Joyland, is a winner of the Jury Prize in the Un Certain Regard section at this year’s Cannes film festival. (PARK Sun Young)
Schedule
Director 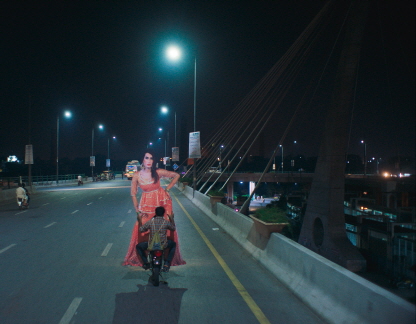