Program Note
It is election season for the Grand Imam (the highest authority of Sunni Islamic jurisprudence) and the politicians in Cairo want to make sure that their chosen candidate is elected. Their new pawn in this power game is Adam, the son of a fisherman who recently received a state scholarship to study at the most prestigious university of Egypt. Before long, Adam is thrust into a precarious quagmire of power dynamics. The script, which won Tarik Saleh Best Screenplay Award at the Cannes Film Festival, is crammed with complicated plots. While the story and the way it is revealed may seem conventional, the world it is set in is not as familiar and our protagonist is anything but proficient, so tension builds as Adam gets closer to the unknown step by step. The most interesting character of the film would be Colonel Ibrahim, whose scruffy looks belie that this antihero has survived through multiple political upheavals and numerous rulers. The glorious visuals of the mosque (that were actually shot in Istanbul) do justice to the big screen. (Karen PARK)
Schedule
Director ©Kim Svensson
Tarik SALEH
Tarik Saleh was born in Stockholm, Sweden. He works in documentary, animation, TV series, and music videos, and is a co-founder of the film production company Atmo. His feature debut Metropia (2009) opened the Critics’ Week of the Venice Film Festival. Since then he directed films including Tommy (2014) and The Contractor (2022). His 2017 film The Nile Hilton Incident (2017) won the Grand Jury Prize at Sundance. Boy from Heaven is the winner of Best Screenplay at Cannes.
Greetings from the Director
Photo 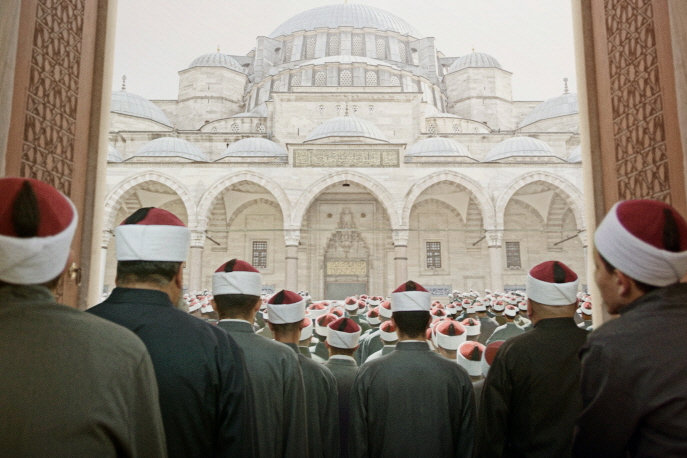