Program Note
Eliú and his accomplice arrive at a juvenile detention center/prison camp set deep in the jungle. The young delinquents, who acknowledge themselves as “a junkie, a conman, a thief, a murderer” are shackled together and forced to labor. They undergo cult-like therapy sessions and joke about the best drug cocktail they ever had, and gradually come to understand that they are trapped in an endless cycle of violence passed from grandfather to father, father to son, and eventually brother to brother. Escaping from the jungle is close to impossible, as is breaking the Oedipal chains of violence. With sensitivity and skill, debutant Andrés Ramírez Pulido weaves a harrowing tale of hyper realism unfolding in a dystopian environment. The film shows empathy without giving into sympathy, and ends on a surprisingly auspicious note. (Karen PARK)
Schedule
Director 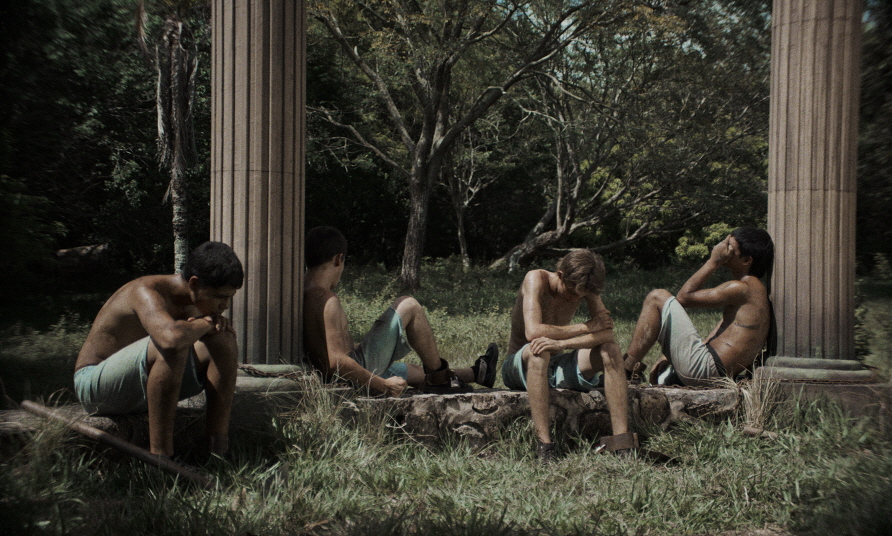