Program Note
Is it possible to laugh a dark era in which terrorism is so rampant? This is the question Alain Guiraudie asks in his unique comedy, Nobody′s Hero. When Mederic (Jean-Charles Clichet) meets Isadora on a street and falls in love with her, terrorists attack the city of Clermont-Ferrand. He sees a young Arab homeless in front of his apartment and decides to invite him to his house for the night even though he is afraid the boy may be a terrorist. In the turbulence of doubts, delusions, and desires, Mederic as well as all the people around him are shaken by the chaos of madness. With humor and earnestness, the director cleverly catches the cliche of racial discrimination that shadows every corner of French society. The reality of homosexuality, religion, racial discrimination, and prostitution is much deeper and more complicated than it is reported in press. The characters who are humane, fun and unpredictable are part of human community that manages to stick together and keep generosity amid difficult situations. (SEO Seunghee)
Schedule
Director Alain GUIRAUDIE
Born in 1964 in Villefranche-de-Rouergue, southwestern France, director Alain Guiraudie made his debut with his first short film Heroes Never Die (1990). His work, No Rest for the Brave (2003), was introduced at the Cannes Film Festival′s Directors′ Fortnight, and Stranger By the Lake (2013), well known in Korea, won Un Certain Regard for Best Director at Cannes. Having established himself as one of the most important directors in France with such topical films such as The King of Escape (2009) and Staying Vertical (2016), he is also the author of two novels, Now the Night Begins (2014) and Rabalaïre (2021). Nobody′s Hero was the official selection as the opening film for Panorama at the Berlin Film Festival.
Photo 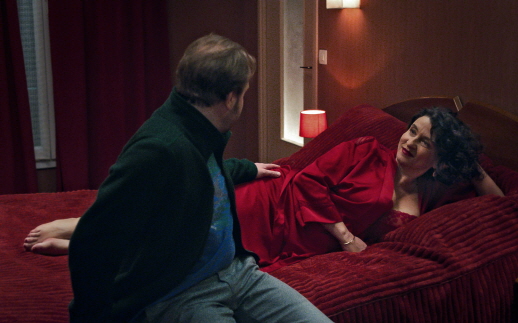