Program Note
After familiarizing herself with films such as Danielle Arbid′s Passion Simple (2020) and Audrey Diwan′s L′Evenement (2021), famous novelist Annie Ernaux began to create autobiographical documentaries. This time she collaborates with her son, David. Featuring footage filmed by her ex-husband, Philippe Ernaux with the family’s Super 8 camera, and a voice-over narration by Annie Ernaux herself, the film unfolds in the years between 1972 and 1981, looking back at a decade in the life of a French family. Ernaux describes her film as ‘not only an archive of a family, but a testament to leisure life, lifestyle, and dreams of the middle class for ten years since 1968.’ As vacations and moving houses continue, children grow up and her position as a novelist becomes solid, but she becomes distant from one person who should be close to her. If you are curious about a family′s intimate story or want to understand Ernaux′s world of artworks profoundly, you should watch The Super 8 Years. (SEO Seunghee)
Schedule
Director ©Francesca_Mantovani®Editions_Gallimard
Annie ERNAUX
Annie Ernaux is a French writer who was born in 1940 in Lillebonne, France. After publishing Cleaned Out, an autobiographical novel, in 1974 she wrote nearly twenty other novels and memoirs. Her representative books include The Years, A Man’s Place, and I Remain in Darkness. Ernaux has been the recipient of numerous literary awards, including the Marguerite Duras Prize, François Mauriac Prize, and the Renaudot Prize. The film, Happening (2021), based on her novel of the same name, won the Golden Lion at the Venice International Film Festival. Simple Passion (2020), also based on her novel of the same name, was an official selection of Cannes and screened at the Busan International Film Festival. ©N/A
David ERNAUX-BRIOT
David Ernaux-Briot was born in France in 1968, the son of Annie Ernaux, a representative novelist in France. After studying science, he contributed to specialized TV programs such as E=m6 and C’est pas Sorcier, working for scientific journalism. He wrote and directed mini-series, including Théâtre des Machines, Corpus, and Art et Sport. The Super 8 Years is a documentary and his feature directorial debut. The film was invited to the Directors’ Fortnight at Cannes.
Photo 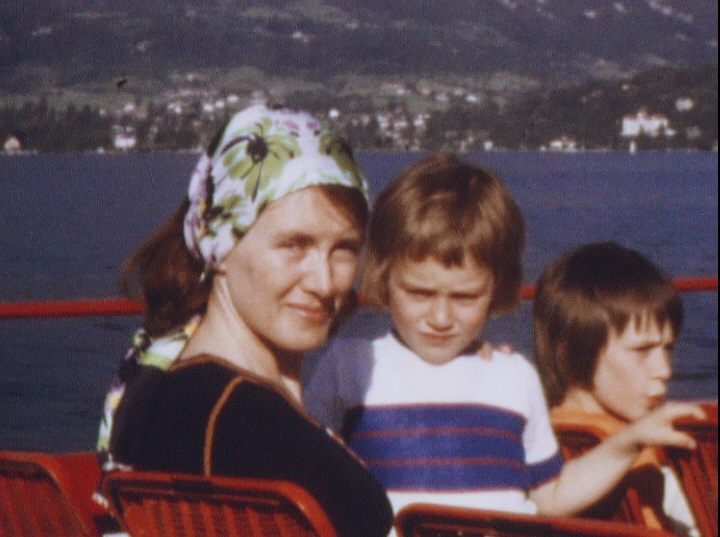