Program Note
A Balance is one of the most challenging Japanese independent films in recent years. Inspired by a true story, the film follows a female documentary filmmaker, Yuko, who is investigating the suicide of a high school student. She finds out about a love affair between the student who committed suicide and a teacher, but the school tries to hide the truth. Yuko also clashes with the TV station, which is unhappy about addressing such topic. Then one day, she learns about a scandal involving her own father, who runs a cram school, and her sense of justice begins to crumble. Harumoto Yujiro tells this story with a natural and persuasive style without using any background music. After the film won the New Currents Award in Busan, it had a successful theatrical release in Japan. In the Japanese film industry, it was generally believed that films that address serious social issues cannot be successful, but this film overturned such prejudice and became an inspiration for numerous Japanese independent filmmakers. (ICHIYAMA Shozo)
Schedule
Director HARUMOTO Yujiro
Born in Kobe, Japan in 1978, he graduated from the cinema department of Nihon University College of Art. For his debut feature, Going the Distance (2016), he won the Jury Prize at the Vesoul International Film Festival of Asian Cinemas and NETPAC Award. His second feature A Balance, for which he again serves as producer, screenwriter, director, and editor, won the New Currents Award at the 2020 Busan International Film Festival, and the film went on to be screened in the Panorama at Berlinale in 2021.
Greetings from the Director
Photo 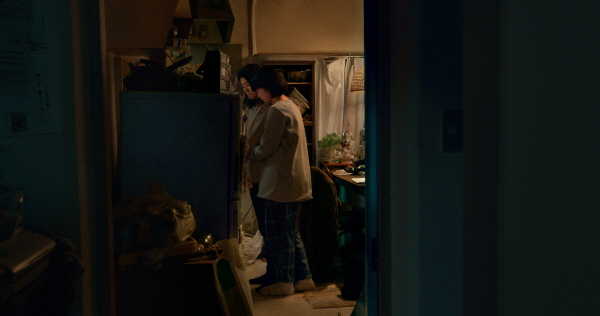