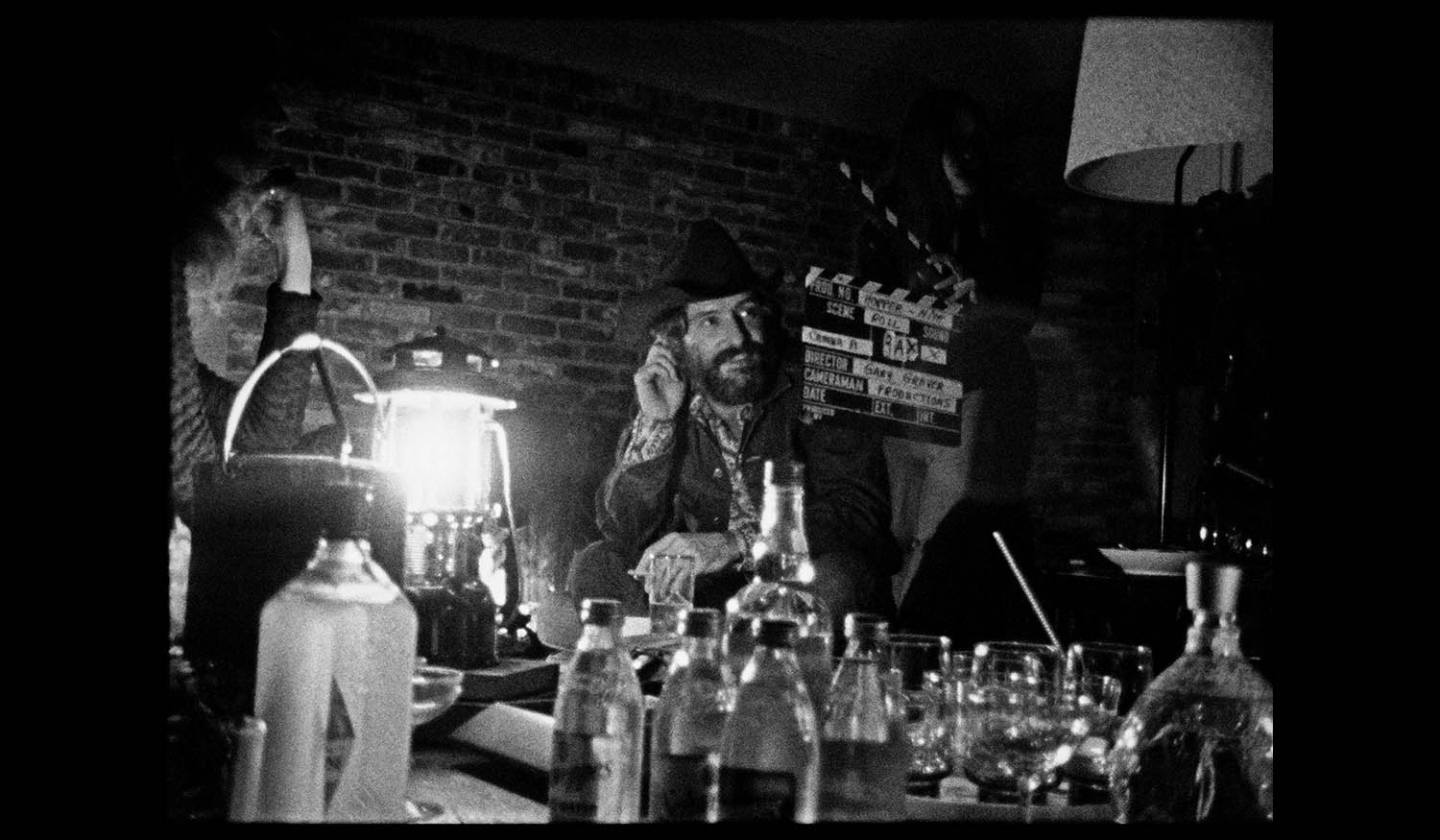 In November 1970, while filming in New Mexico, Dennis Hopper flies to Los Angeles to meet Orson Wells who was working on The Other Side of The Wind (2018). Two prominent giants in American film history; Hopper, who opened the New Hollywood era with Easy Rider (1969), and Wells, who changed the grammar of classic Hollywood with Citizen Kane (1941) are now together. This film is a documentary that records an intimate and candid conversation between the two. Sex, Christianity, violence, liberation, political radicalism, television, childhood, the presence of actors and audiences. There exists no limit to their topics. Even questions like “are film directors gods or a magician?” are natural. It is a film with pasta, a fireplace, a lamp, a glass, cigarette smoke, two film cameras, and two legends in the film history. (KANG Sowon)

Born in Wisconsin in 1915, Orson Welles began his career as a stage actor and made his name as a stage director. He rose to fame through the radio adaptation of The War of the Worlds and launched his career in Hollywood. Citizen Kane (1914), which he directed at age 26, is considered the most famous debut films in the American film history. His major works include The Magnificent Ambersons (1942), The Lady from Shanghai (1948), and Touch of Evil (1958). His 1970s film The Other Side of the Wind was released in 2018 and screened at BIFF.