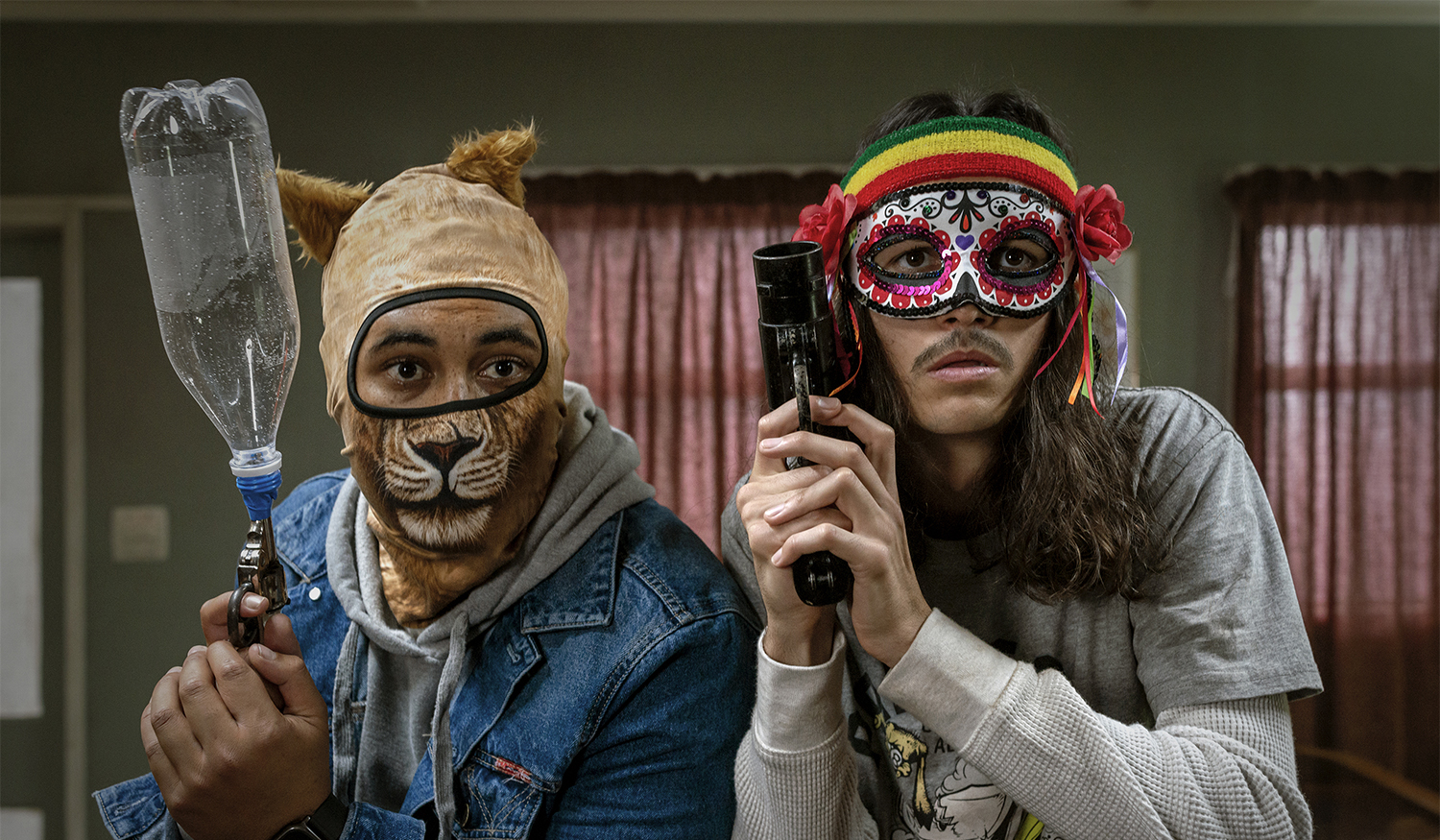 As Freddy, the guileless and hapless narrator of Lowdown Dirty Criminals observes: “When you cross over a line, you may never come back”. Leaving his dead-end pizza delivery job behind, Freddy stumbles and bumbles his way through a life of comical crime while that crossed line speedily recedes behind him. Not the sharpest tool in the shed, Freddy entertainingly demonstrates that his skills lie in creating laughter and chaos rather than committing inept robberies and undertaking Tarantino-esque mobster hits. Featuring James Rolleston, the now grown-up star of Taika Waititi’s Boy (2010), Lowdown Dirty Criminals is an unabashedly irreverent and unpretentious Kiwi comedy of criminal errors. Like the early work of Peter Jackson, director Paul Murphy occasionally pushes the boundaries of good taste though he consistently maintains the down-to- earth quality for which New Zealand is famous. (Russell EDWARDS)

Paul Murphy was born in New Zealand and dreamed about being a film director watching his father Jeff Murphy and his uncle Bruno Lawrence who was an actor as his role models. Paul entered the cinema world who was in charge of the grip in 1988. He was the key grip in The Lord of the Rings (2001-2003), King Kong (2005), and other films and TV series. His directorial debut is the short film Sox (2000), and with Second Hand Wedding (2008), Love Birds (2011), etc., he was invited to many domestic and international film festivals and awards. Lowdown Dirty Criminals is his third feature film and he was the executive producer for the film.