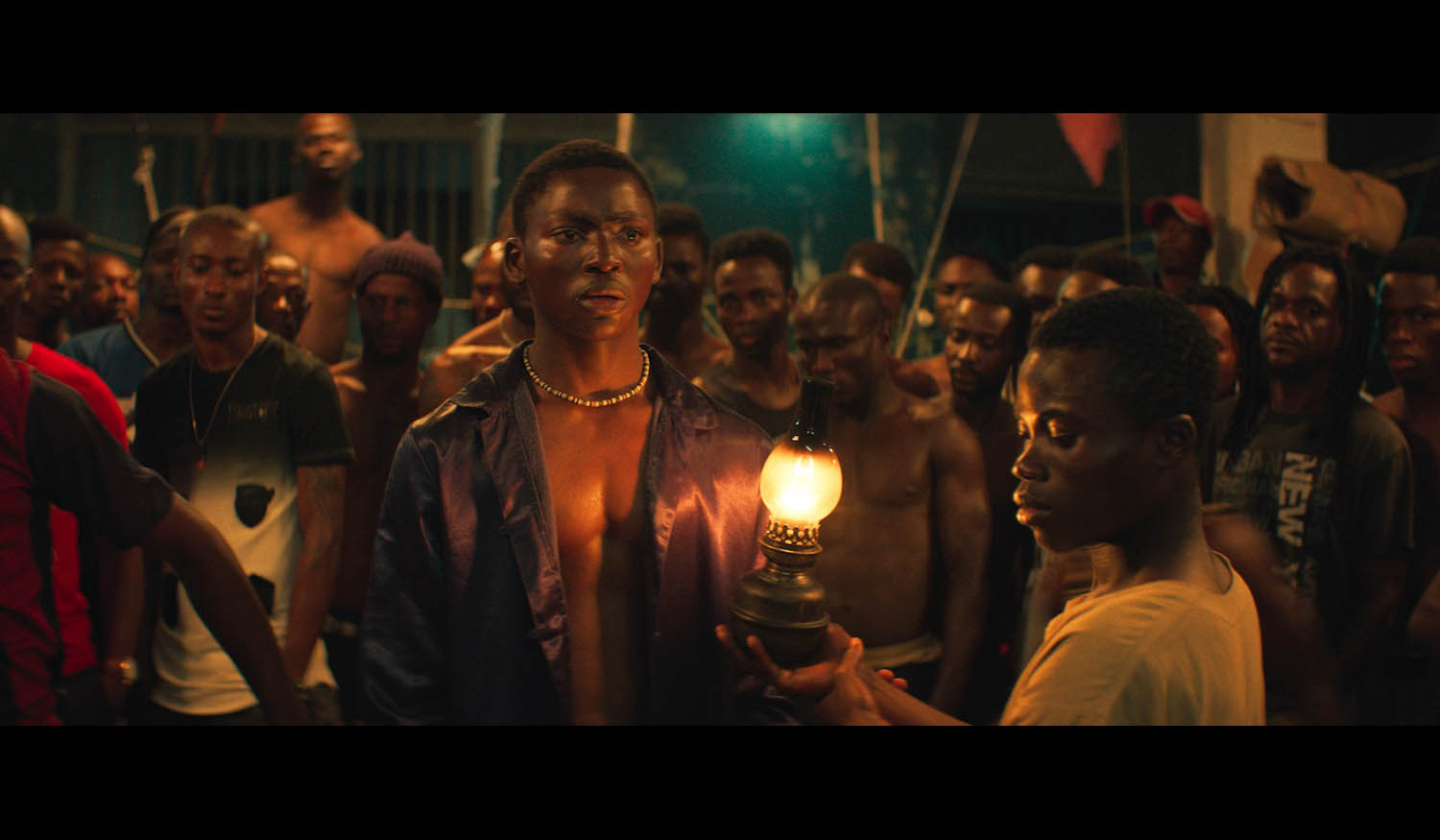 Maca in Cote d′Ivoire is the largest prison in West Africa. A 17-year-old boy, imprisoned for pickpocketing, is summoned by Black Beard. Black Beard names the boy as ‘Roman’ and orders him to tell all the inmates any story overnight when the ‘red moon’ rises. The boy begins unraveling the story of King Jama to survive. Inspired by the childhood experience of visiting his mother imprisoned in Maca, the director faces post-war Cote d′Ivoire through Maca. The prison is reborn with an antique atmosphere and the red moon. The only white inmate, Denis Lavant, also adds mystique. (PARK Woe Young)

Born in Abidjan, Ivory Coast, Philippe Lacote studied linguistics in France. After working as a radio program director, he has been directing mid-length and short feature films and documentaries since 1996. His films have been invited to international film festivals in Rotterdam and Toronto. In 2002, he began filming Chronicles of War in the Ivory Coast (2008), a mid-length film on the boundary between a documentary and a diary. His feature debut Run (2014) was selected for Un Certain Regard in Cannes Film Festival. His second feature, Night of the Kings (2020), was invited to the Orizzonti section at the Venice International Film Festival.