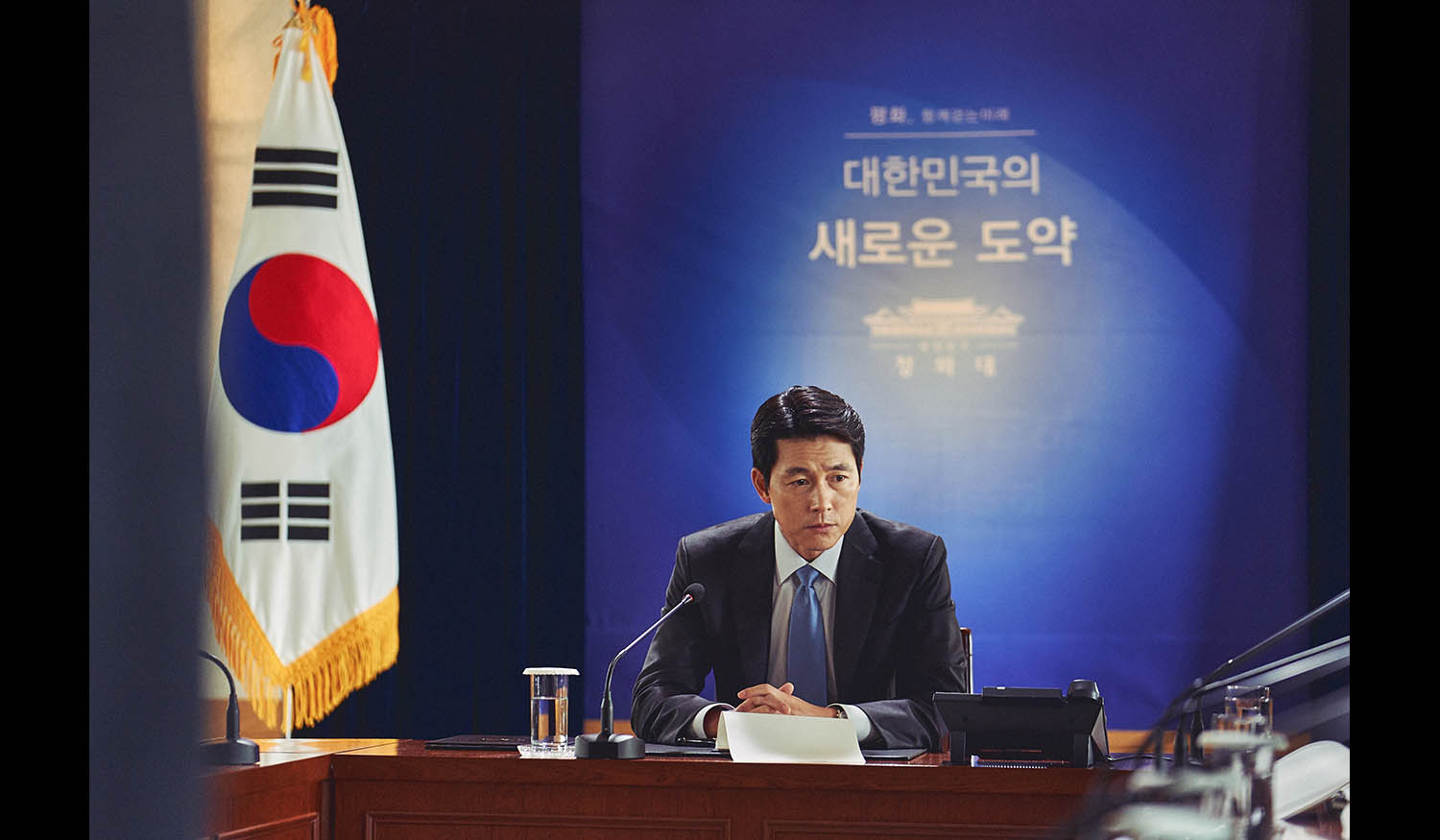 President of South Korea (Jung Woo-sung), North Korean leader (Yoo Yeon-seok), and U.S. President (Angus Macfadyen) gather in Wonsan, North Korea, to sign a peace treaty between the U.S. and North Korea. But negotiations are slow. Taking advantage of this, the Director of Guard in NK (Kwak Do-won) stages a coup, kidnaps the three leaders, and locks them in a nuclear submarine. Director Yang Woo-seok′s Steel Rain 2: Summit Extended Edition shows the political, historical, and military situation on the Korean Peninsula in a different way from his previous work Steel Rain. Through satire advocating black comedy, it is a natural to link the submarine tension and action. This film tactfully mixes dark and serious content, while giving a sharp message. (SONG Kyung-won)

After working as a webtoon writer, he debuted in 2013 with the movie The Attorney, and won the Audience Award at the Udine Far East Film Festival in Italy in 2014. He also won the Best New Director, the Best Picture, and the Best Scenario awards at various film festivals and awards in Korea. He is the original author of the webtoon Steel Rain, and produced his second feature film Steel Rain (2017). He also directed Steel Rain 2: Summit based on his webtoon Steel Rain 3: Summit.

The Man Standing Next