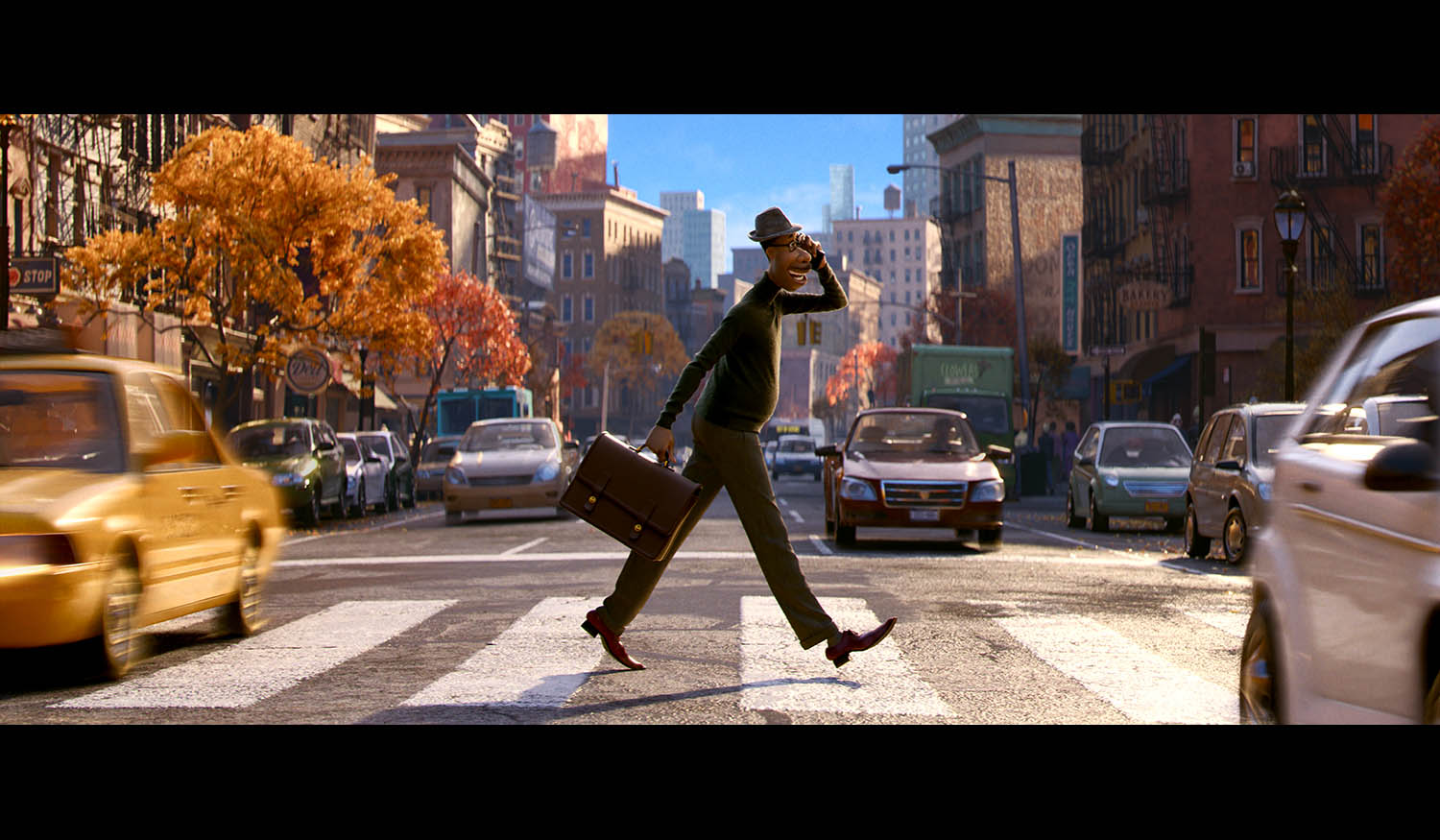 Disney and Pixar’s Soul is the story of Joe Gardner, a middle school band teacher who gets a chance to play the best jazz club in town. But one small misstep sends him to the cosmic realm, where he discovers the answers to some of life’s most important questions. Directed by Academy Award® winner Pete Docter (Inside Out, Up), co-directed by Kemp Powers (One Night in Miami) and produced by Academy Award nominee Dana Murray, p.g.a. (Pixar short Lou)

※ At the request of the distributor, filming using electronic devices including mobile phones is strictly prohibited and will be monitored during the show.
- Cell phones and electronic devices will be sealed in the bags distributed when you enter the cinema.
- When you leave the cinema, the bags will be check if it is still sealded or not.

PETE DOCTER (Director/Story by/Screenplay by), the CFO at Pixar Animation Studios, is the Oscar®-winning director of Monsters, Inc., Up and Inside Out. He studied character animation at California Institute of the Arts (CalArts), produced various short films, and won a Student Academy Award®. After joining Pixar, he participated in the development of stories, storyboards, and characters in Toy Story (1995), A Bug’s Life (1998), Toy Story 2 (1999), and WALL•E (2008) since 1990.

Powers grew up in Brooklyn, NY. He attended both Howard University and the University of Michigan. Prior to Pixar, Powers was an award-winning playwright, television and film screenwriter and journalist. His play One Night in Miami received many awards including LA Drama Critics Circle Awards. He adapted it into a feature film in 2017. He was a writer for the television show Star Trek: Discovery and has toured nationally as a storyteller for the Peabody Award-winning series The Moth.