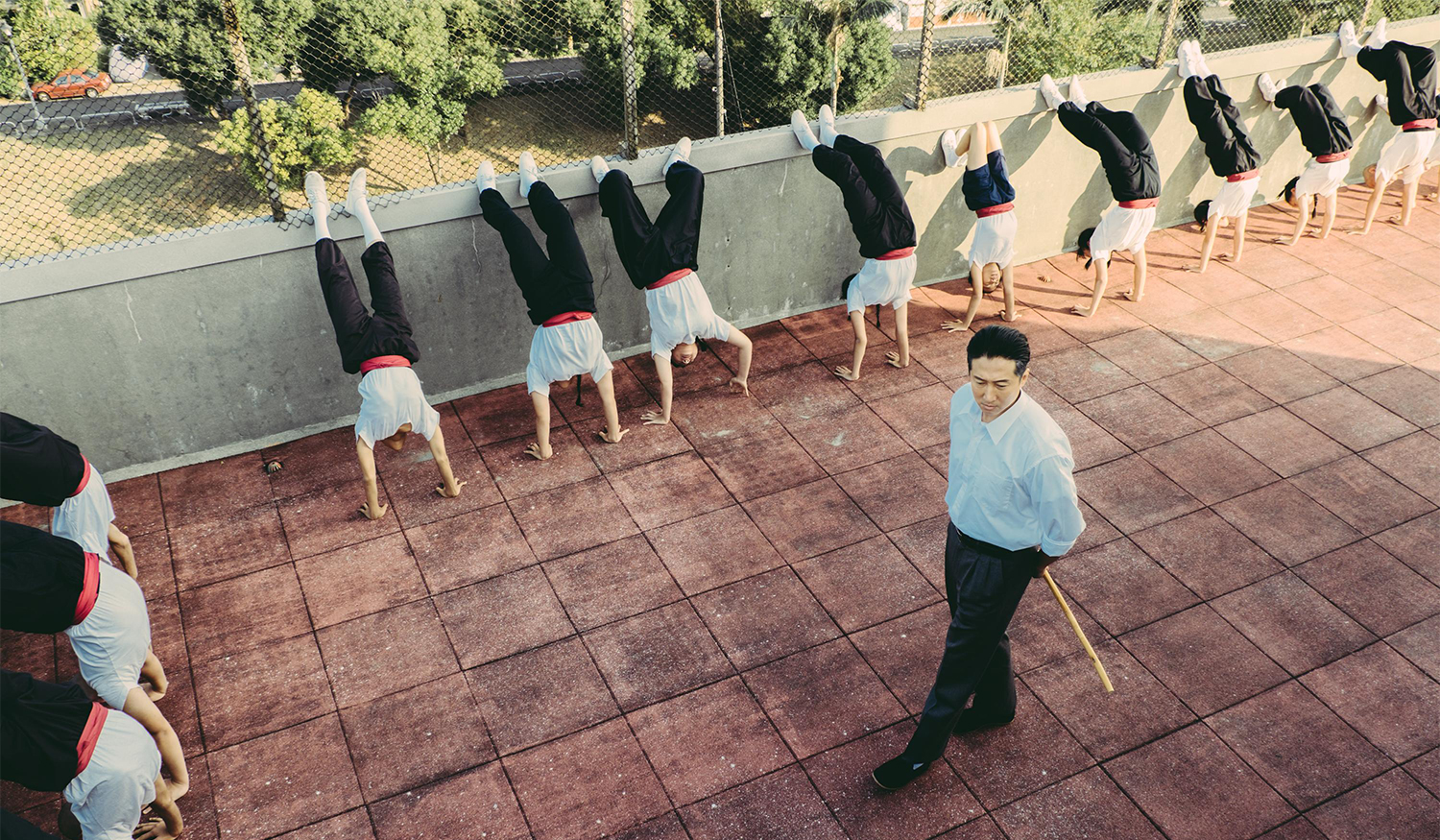 Seven legendary Hong Kong filmmakers, whose names alone are enough to excite cinephiles, made an omnibus film about Hong Kong. Produced by Johnnie To, this seven-part anthology is a tribute to Hong Kong, ranging from the 1950s to the present day, told in 10-minute episodes by different directors. In Exercise, Sammo Hung recalls the boyhood experience of learning martial arts, while Ann Hui’s Headmaster brings to screen elementary school friends and teachers from the 1960s who share warmth even in poverty. Patrick Tam’s Tender is the Night tells a youthful story of first love and heartbreak. Yuen Wo Ping portrays an intergenerational friendship between an old Kung Fu master and his granddaughter in Homecoming. Johnnie To’s Bonanza depicts youth absorbed in stock investments during the turbulent era of the late 1990s and early 2000s as characterized by the Asian Financial Crisis, the dot-com bubble, and the SARS epidemic. Ringo Lam’s Astray reminisces on the death of a father who stubbornly loved the old Hong Kong, while Hark Tsui humorously expresses his affection for contemporary films and filmmakers against the backdrop of the near future ruled by incommunicability in Conversation in Depth.

Septet: The Story of Hong Kong is a confession of love dedicated to the space and history of Hong Kong, which has been a life-long companion to the seven renowned directors. The film was selected for Cannes 2020. (PARK Sun Young)

Sammo Hung is a legendary action star, director, producer, and screenwriter in Hong Kong. He made his directorial debut with The Iron-Fisted Monk (1977) and was a huge success with his directing and leading roles in Encounter of the Spooky Kind (1980). He won the Best Actor Award at the Asia-Pacific Film Festival for Painted Faces (1989) and went to Hollywood to produce Nice Guy (1997). He is a director, producer, martial arts director, and actor in numerous works.

Ann Hui was born in Anshan, China, and moved to Hong Kong as a child. Hui graduated from Hong Kong University and studied at London Film School. She began her career as assistant director for King Hu. Hui’s major works include Boat People (1982), Song of the Exile (1990), Ordinary Heroes (1999), Goddess of Mercy (2003), A Simple Life (2011), and The Golden Era (2014). She won the Busan International Film Festival’s Asian Filmmaker of the Year award in 2014. In 2020, she won the Golden Lion Lifetime Achievement Award at the Venice International Film Festival.

Patrick Tam is one of the leading directors of Hong Kong’s New Wave Cinema and is also an outstanding film editor. He won the Best Editing Award at the Taipei Golden Horse Film Festival for Wong Kar Wai’s Days of Being Wild (1990) and Ashes of Time (1994). He was also awarded the Best Film, Director, and Scenario awards for After This Our Exile (2006) at the Hong Kong Film Awards. He is working hard to train the upcoming generation as a visiting professor at Hong Kong Baptist University’s Film Academy.

After achieving commercial and critical success in the 80s as Hong Kong’s representative director, Johnnie To founded the independent production company Milky Way Image in the mid-90s. He was invited to the Cannes Film Festival with Triangle (2006) and to the Venice International Film Festival Competition with Mad Detective (2007) and Life Without Principle (2011). Other major works include Throw Down (2004), Election (2005), Exiled (2006), and Revenge (2009).

Born in 1951 in Vietnam, Hark Tsui moved to Hong Kong in 1966. After working as a TV director and a producer, he directed his first play, The Butterfly Murders, in 1979. He also produced A Chinese Ghost Story series, The Killer (1989), and The Legend of the Swordsman (1992). He is also well known for directing Zu: Warriors From The Magic Mountain (1983) and Once Upon a Time in China (1991). He was a judge at the Cannes Film Festival in 2004, and Seven Swords was screened as the opening film of the Venice International Film Festival in 2005.