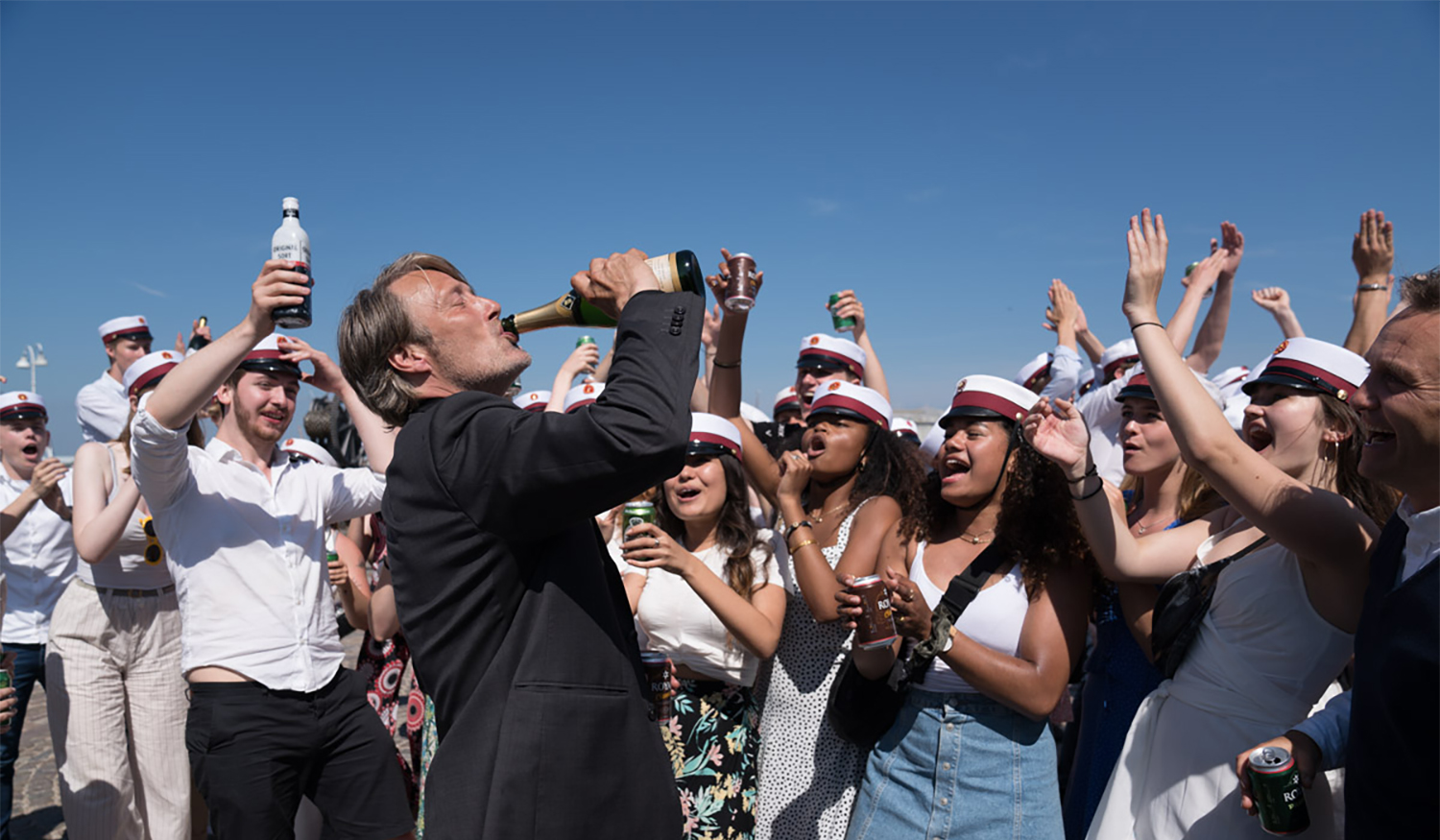 The latest film by Thomas Vinterberg, whose films The Celebration (1988) won the Jury Prize and The Hunt (2012) won the Best Actor Award at Cannes. Four friends undergo changes in their lives thanks to alcohol. A humorless teacher’s classes are suddenly filled with laughter, and boring everyday life becomes exciting. Vinterberg often presents ironic situations in his films. The Hunt was about a falsely-accused sex offender who could not escape from suspicion no matter what. Whatever the truth, people’s prejudices do not change easily.This time, it’s alcohol—does alcohol destroy people? Or does it add a spark to life? This film constantly makes you question your own answers. (NAM Dong-chul)

After participating in the Dogma 95 movement with Lars von Trier, The Celebration (1998) is Vinterberg’s first film, which won numerous awards at leading film festivals, including the Jury Prize at the Cannes Film Festival. After making two English-language films, It’s All About Love (2003) and Dear Wendy (2005), Vinterberg returned Denmark and made Submarino (2010) which entered Berlin, and The Hunt (2012) made to the Cannes. He has produced a variety of works in English as well as Danish such as Far from Madding Crowd (2015) and Kursk (2018).