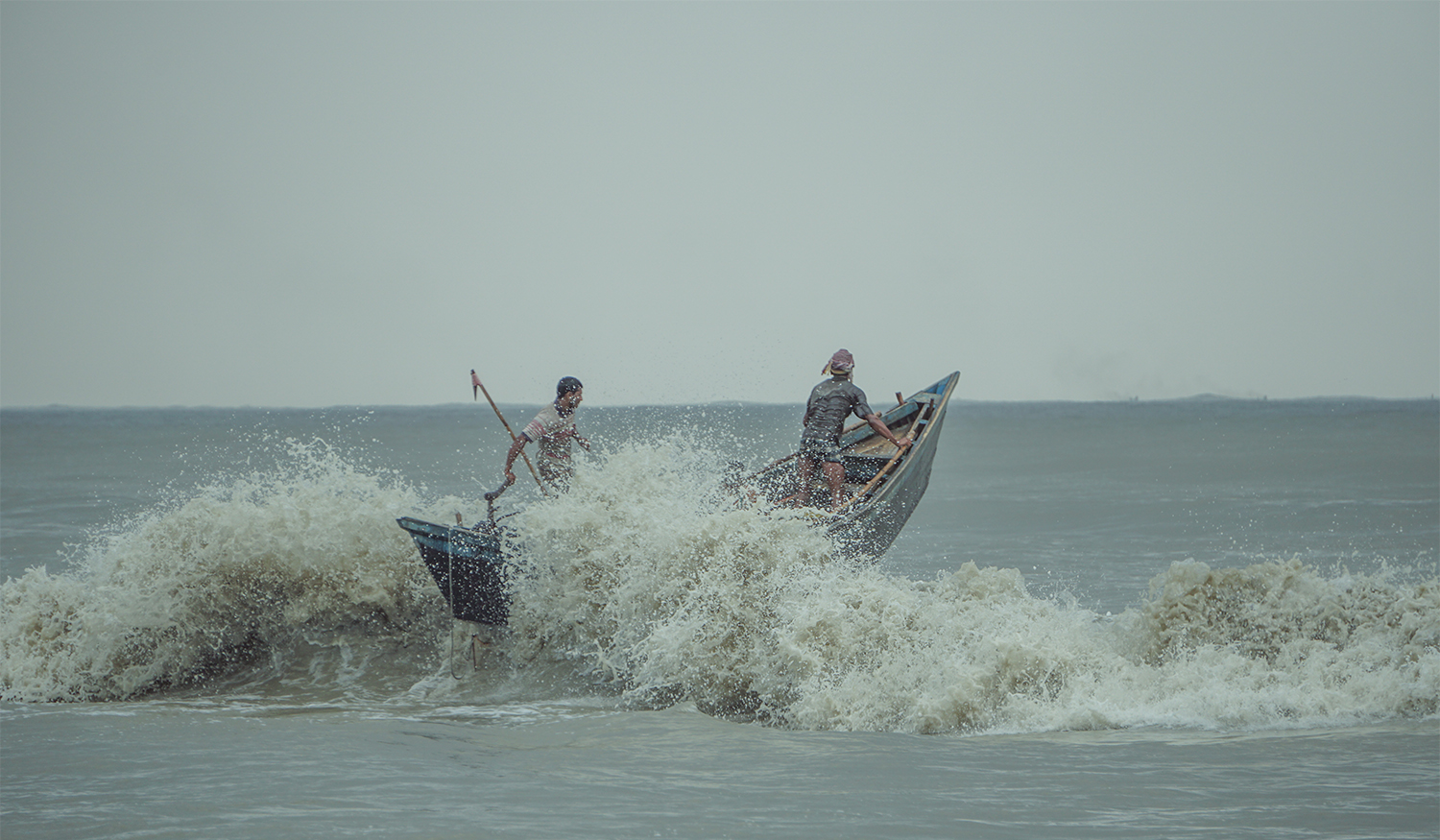 A sculptor from the city comes to a secluded fishing village with a container carrying his precious works. This is a village of poor fishermen who live on a daily basis, where income is further reduced with increasing debt due to climate change. Villagers are very conservative, so he should refrain from drinking alcohol or even talking to the opposite sex in public places. However, the scenery along the sea is a new inspiration for his work. One day, the fishers could not catch any fish, then the authoritative village leader and others start to distrust him saying that the sculptor has brought misfortune. Then the fishermen who become more economically difficult are forced to go to work even in dangerous weather. This debut film melts art and values conflicts, climate change and leadership issues into an insightful drama. (PARK Sungho)

Sumit was born and raised in Dhaka. He completed the Berlinale Talent Campus, and went on to study at New York University as a Tisch Fellow. While studying there, some short films he directed were invited to many film festivals. His first feature, The Salt in Our Waters, was awarded France’s CNC Aide aux cinémas du monde, Bangladesh’s national film grant, and the Spike Lee Fellowship.