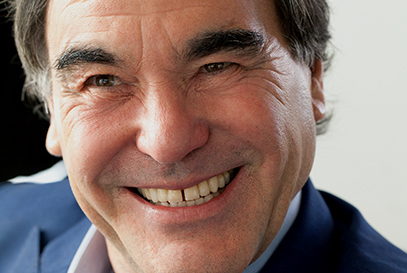 Oliver Stone, praised as one of the most significant world-directors, completed his undergraduate studies at New York University Film School and made his debut with Seizure (1974). His film Platoon (1986), won Best Director at the Academy Awards, Golden Globes and a Silver Bear from the Berlin International Film Festival, and made Stone into a worldrenowned director. Born on the Fourth of July (1989) gave him more glory in winning Best Director at Academy Awards and Golden Globes. Not only in directing, Stone also shows his talent in screenwriting through Midnight Express (1978) and Scarface (1983). His films have contributed to critical examinations of modern history with a passionate and keen cinematic perspective that extends into his latest Snowden (2016) and The Putin Interviews (2017). 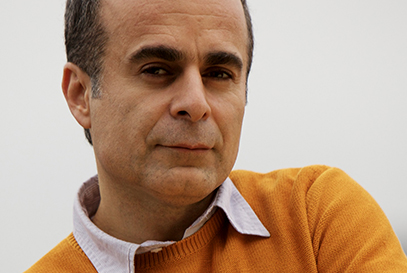 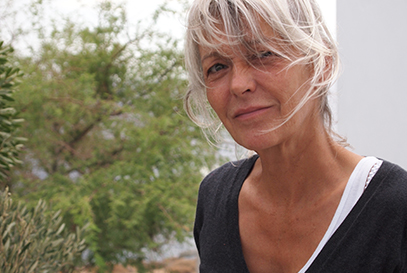 Agnes Godard began her career as a director of photography in 1990. Having graduated from the Institut des Hautes Etudes Cinematographiques, Paris, she has collaborated with worldrenowned directors like Claire Denis, Wim Wenders, Claude Berry, and Emmanuelle Bercot. For Beau travail (1999) by Claire Denis, Godard received Cesar Award for Best Photography and Best Cinematographer at National Society of Film Critics, USA. She is highly acclaimed as a photography director and won the Lumieres Award and ADF Cinematography Award at the Mar del Plata International Film Festival with Ursula Meier’s Home (2008). Her film includes The Dreamlife of Angels (1998), Friday Night (2002), The Golden Door (2006) and Bastards (2013). Let the Sunshine In, the opening film of Cannes Directors’ Fortnight 2017, is a reunion with Claire Denis that proved her remarkable works. 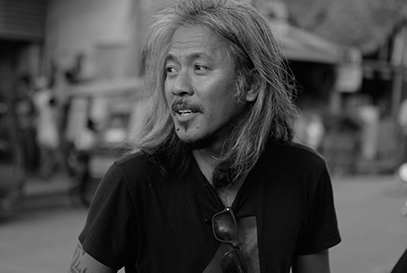 As well as a filmmaker from the Philippines, Lav Diaz works as cinematographer, editor, writer, producer, actor, poet, composer, and production designer. His films are notable for a constant and sophisticated approach to social and political struggles of his motherland. Diaz is known as a multi-artist as he is in charge of all of responsibilities needed for filmmaking. Evolution of a Filipino Family (2005) gained attention for its lengthy running time up to eleven hours. Another film Melancholia (2008), a story about victims of summary executions, won the Orizzonti Grand Prize at the 65 th Venice International Film Festival and From What Is Before (2014) gave him the Golden Leopard from the Locarno International Film Festival. In 2016, he received the Alfred Bauer Award at the Berlinale with A Lullaby to the Sorrowful Mystery and also won the Golden Lion in Venice with The Woman Who Left. With two high-profile awards at the same year, Diaz named himself as the most acknowledged Filipino director. 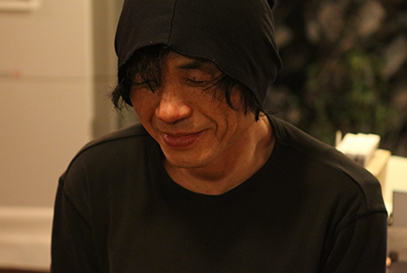 Jang Sun-woo started to work in the field of film-making, working as an assistant director of the film directed by Lee Jang-ho. After then, he co-directed Seoul Emperor (1986) with Sunwoo Wan, making his debut as a film director. Through The Age of Success (1988) and A Short Love Affair (1990), he has emerged as the director of ‘New Wave of Korean film’. Hwa-Om-Kyung (1993) won the Alfred Bauer Award at the Berlin International Film Festival, A Petal (1996) being in competition at Asia-Pacific International Film Festival, and Timeless, Bottomless (1997) won the Asian Film Award at the Tokyo International Film Festival. He received international attention through his exceptional films that include To You from Me (1994), which was controversial for its preposterous sexual expression, Timeless, Bottomless (1997) and Resurrection of the Little Match Girl (2002) that show his freewheeling style. 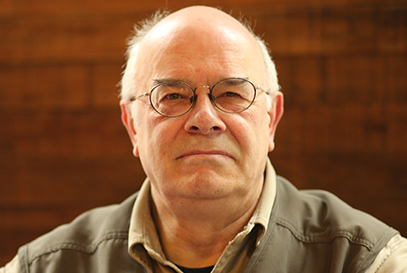 Tony Rayns is a London-based filmmaker, critic and festival programmer with a special interest in the cinema of East Asia. As well as his writings Sight & Sound, Cinema Scope, Film Comment, Artforum, Rayns has also written books on Korean, Chinese and Japanese cinema. His latest book about Wong Kar Wai’s In the Mood for Love and his film The Jang Sunwoo Variations, a documentary film about a Korean director Jang Sun-woo, show his constant affection toward East Asia cinema. From 1989 to 2016, he curated East Asian film selections for the Vancouver International Film Festival and coordinated the festival’s Dragons & Tigers Award competition for twenty years. Rayns was involved in launching the Busan International Film Festival in 1995 and 1996 and has kept his relationship with the festival as a festival advisor. He received the Kawakita Prize in 2004 as well as the Foreign Ministry of Japan’s Commendation in 2008, both for services to Japanese cinema. 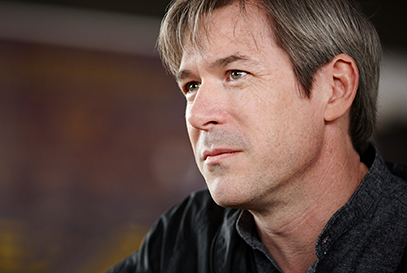 Darcy Paquet is the founder of Koreanfilm.org, a site that introduces Korean cinema to other countries, and the author of New Korean Cinema: Breaking the Waves (2010). As a film critic, he teaches at the Busan Asian Film School and works as a program consultant for the Udine Far East Film Festival and the San Sebastian International Film Festival. In 2014, he co-launched the Wildflower Film Awards Korea that recognizes achievements in Korean independent filmmaking. In addition, he has worked on subtitle translations for films such as The Day After (2017), The Age of Shadows (2016) and The Handmaiden (2016). Originally from Massachusetts, he has been living in Seoul since 1997. 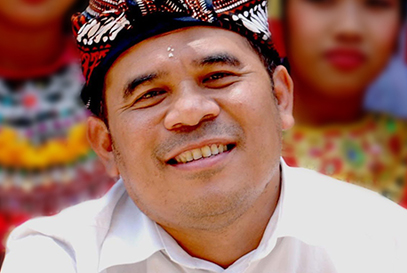 Garin Nugroho was born in 1961 in Jogjakarta and graduated from the Jakarta Institute of the Arts. He started his career with his first feature Love in a Slice of Bread in 1991 and has directed numerous short films, documentaries and TV series. He gained the glory of winning the FIPRESCI Prize from the Berlin International Film Festival with ...And Moon Dances (1995). His film Leaf on a Pillow (1998) was invited to Un Certain Regard of the Cannes Film Festival and I Want To Kiss You Once (2002) was awarded the NETPAC Prize Special Mention from the Berlinale. He served as a juror at the Singapore International Film Festival, and at the 2004 Busan International Film Festival, a special program featuring Garin Nugroho and up-and-coming Indonesian directors was screened. Nugroho also received Legion d'Honneur Chevalier from France and Cavaliere dell'Ordine della Stella d'Italia from Italy. 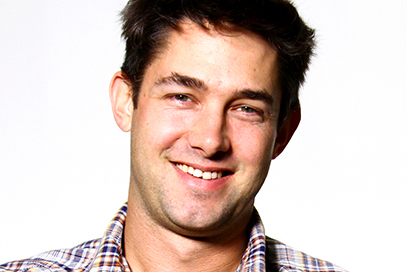 David Wilson, a Columbia, Missouri based filmmaker, contributes to develop and introduce documentaries and independent films as well as serves as a Co-founder and a Director of the renowned documentary True/False Film Festival. He founded the Ragtag Film Society in 1998, the Ragtag Cinema in 2000, and the True/False Film Festival in 2004, and committed to the growth of the festival. As the Director of True/False, he has been invited to festivals around the world to serve as a panelist, moderator and juror, including the Sundance and Toronto International Film Festival. His first feature We Always Lie to Strangers was screened at South by Southwest (SXSW). 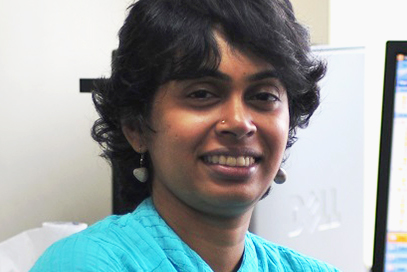 As a movie critic and journalist, Nandini Ramnath is known for her genial perspective and critical reviews toward Indian independent films and documentaries. Since the mid-1990s, she has written about indie films and documentaries and worked with various Indian publications such as The Indian Express, NDTV, and Time Out Mumbai. From 2016, she became a chief editor of the online news daily Scroll.in and has covered Bollywood films, documentaries and international cinema. 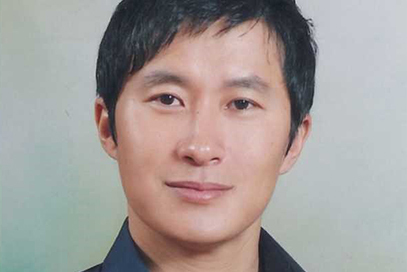 Kim Youngjo is an experienced documentary director born in Busan. He studied at Kyungsung University in Busan and majored in film at Universite Paris 8. Kim’s first feature documentary My Family Portrait (2006) received a Special Jury Award at the Brussels Documentary Film Festival, and was invited to noted film festivals around the world. He built a solid career by directing Taebaek, Land of Embers (2008) and The Hunt (2013). Still and All (2015) portrays a story about the people living beneath the Yeongdo Bridge in Busan and won the BIFF Mecenat Award Special Mention at the Busan International Film Festival and Special Jury Award at the Green Film Festival in Seoul as well as in the DMZ International Documentary Film Festival. He is head of the production company Monday Morning and provides lectures in the Division of Digital Contents at Dong-Eui University. 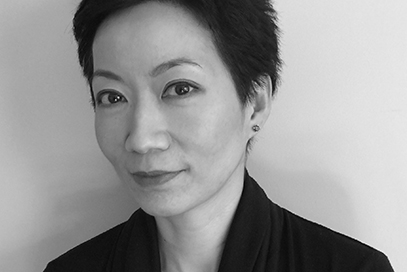 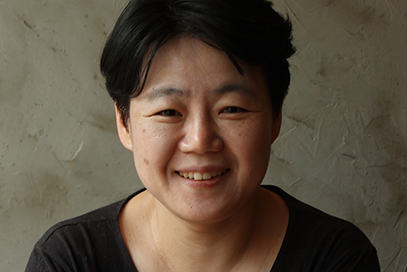 Ahn Seonkyoung majored in philosophy and worked as a member of Theatre Troupe Georipae. She graduated with a film directing degree from the Korean Academy of Film Arts; consequently, her graduation project The Phantom Sonata (2007) sparked heated discussions as the opening film at the Independent Film & Video Maker’s Forum. Her first feature film, A Blind River (2009), was in competition at the Zurich Film Festival and the second feature Pascha (2013) won the New Currents Award at the Busan International Film Festival and Best Screenplay at the Women in Film Korea 2015 Festival. Her latest Hyeon’s Quartet (2016) won the Vision-Director's Award from the Busan International Film Festival. She is acknowledged as a leading director of Korean independent films. 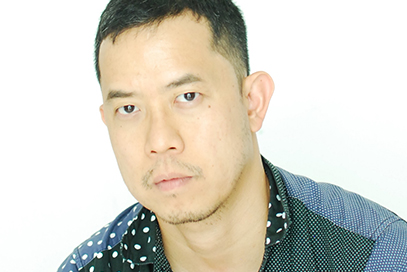 Actor & Actress of the Year Jury 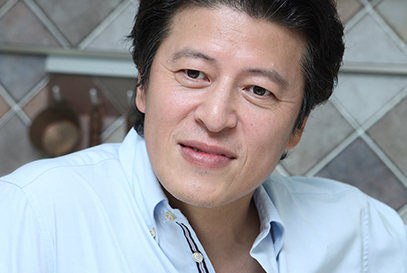 Kwon Hae-hyo started his career with the play The Good Woman of Setzuan in 1990. Kwon was a member of Hanyang Repertory and made his debut in cinema with Lee Jang-ho’s Myong-Ja Akiko Sonia (1992). He continued to build his career through Out to the World (1994) by Yeo Kyun-dong, Ghost Mamma (1996) by Han Ji-seung, Change (1997) by Lee Jin-seok, and Tie a Yellow Ribbon (1998) by Han Ji-seung. As a Korean renowned actor, he has performed actively in films, dramas, performances including his latest C'est si bon (2015) by Kim Hyun-seok, Yourself and Yours (2016) by Hong Sang-soo, Vanishing Time: A boy who returned (2016) by Um Tae-hwa, and The Day After (2017) by Hong Sangsoo. 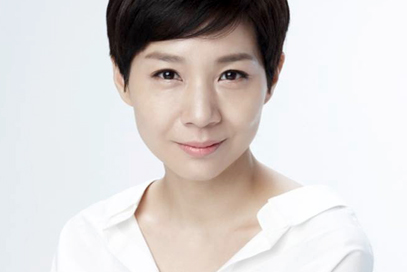 Kim Ho-jung began acting on stage and won the Best Rookie Actress at the Baeksang Arts Awards in 1995. She made her cinema debut with Scent of Love (1999) by Kim Soo-yong, and with Moon Seung-wook’s The Butterfly (2001), she gained worldwide popularity and won the Bronze Leopard Award (Best Actress Award) at the Locarno International Film Festival. Kim has actively pursued her acting in films including her latest Madonna (2015) by Shin Suwon, Will You Be There? (2016) by Hong Ji-young and Fabricated City (2017) by Park Kwang-hyun. She received the Best Supporting Actress at the Baeksang Arts Awards and the Popularity Award at the Golden Cinema Film Festival in Korea with Im Kwon-taek's Revivre (2014). Kim Ho-jung continues to establish herself on stage and screen. 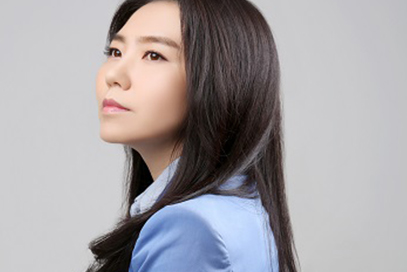 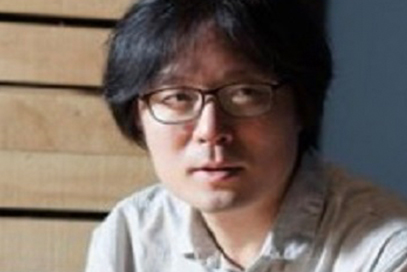 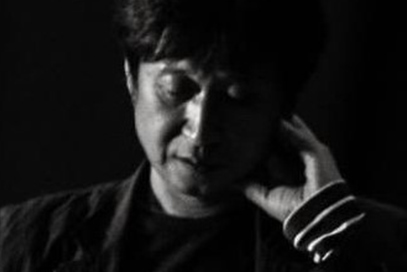 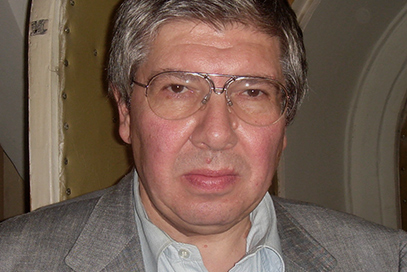 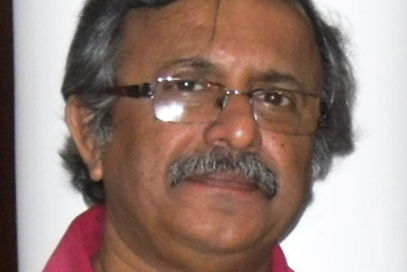 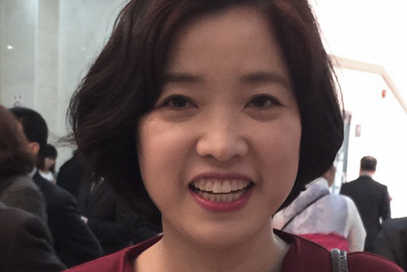 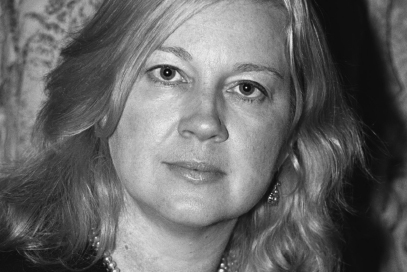 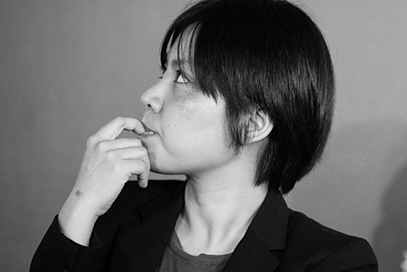 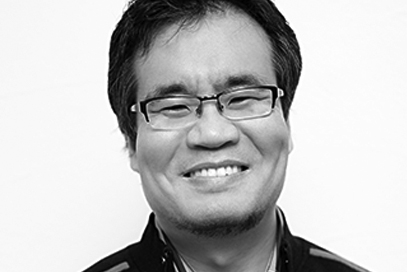