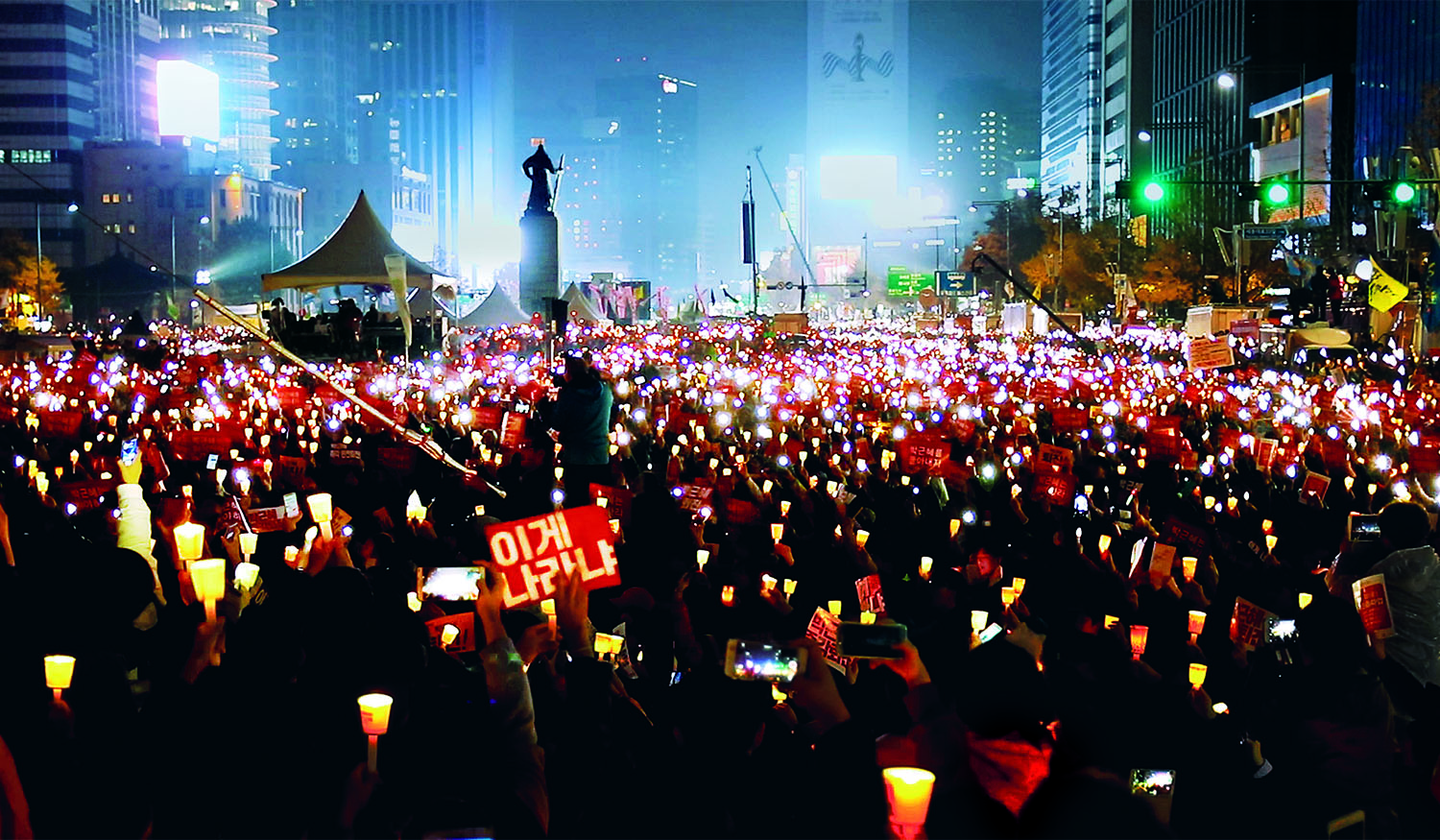 “What kind of person do you think former President Park Geunhye is?” Sohn Seokhee, a journalist, gives a clear and sharp answer that he “shares the common ideas that people in our country have.” That common idea has led millions to bring candles to the streets, correcting a thread of history that has gone awry, and gather a sense of hope among people. Candlelight Revolution portrays the voices of citizens from various generations, political figures of diﬀerent parties, and the witnesses of an administration under improper inﬂuence. It is a documentary that identifies the genuine structure of politics and society by following how Park entered politics along with government records up until March 10. (HONG Eunmi)

Kim Eui-sung is a well-known movie star through works such as Extreme Job, Golden Slumber, 1987, and Steel Rain. In addition to acting, he is also active in social activities such as hosting MBC’s Planned Investigation ‘Straight’, reporting various issues, and visiting Hong Kong’s protest sites against the repatriation law to create a wave of support. Co-directed by Choo Chin-woo, who worked together in Planned Investigation ‘Straight’, Candlelight Revolution is Kim’s debut film as a director.

Choo Chin-woo is one of the most prominent figures in the field of investigative reporting in Korea and a journalist who focuses on various power-related irregularities regardless of the administration, large corporations, and religions. With his witty talk on the podcast “I’m a Weasel,” he has participated in not only hosting the radio but also in documentary films. Co-directed by Kim Eui-sung, who worked with MBC’s Planned Investigation ‘Straight’, Candlelight Revolution is Choo’s directorial debut film.

A Rifle and a Bag