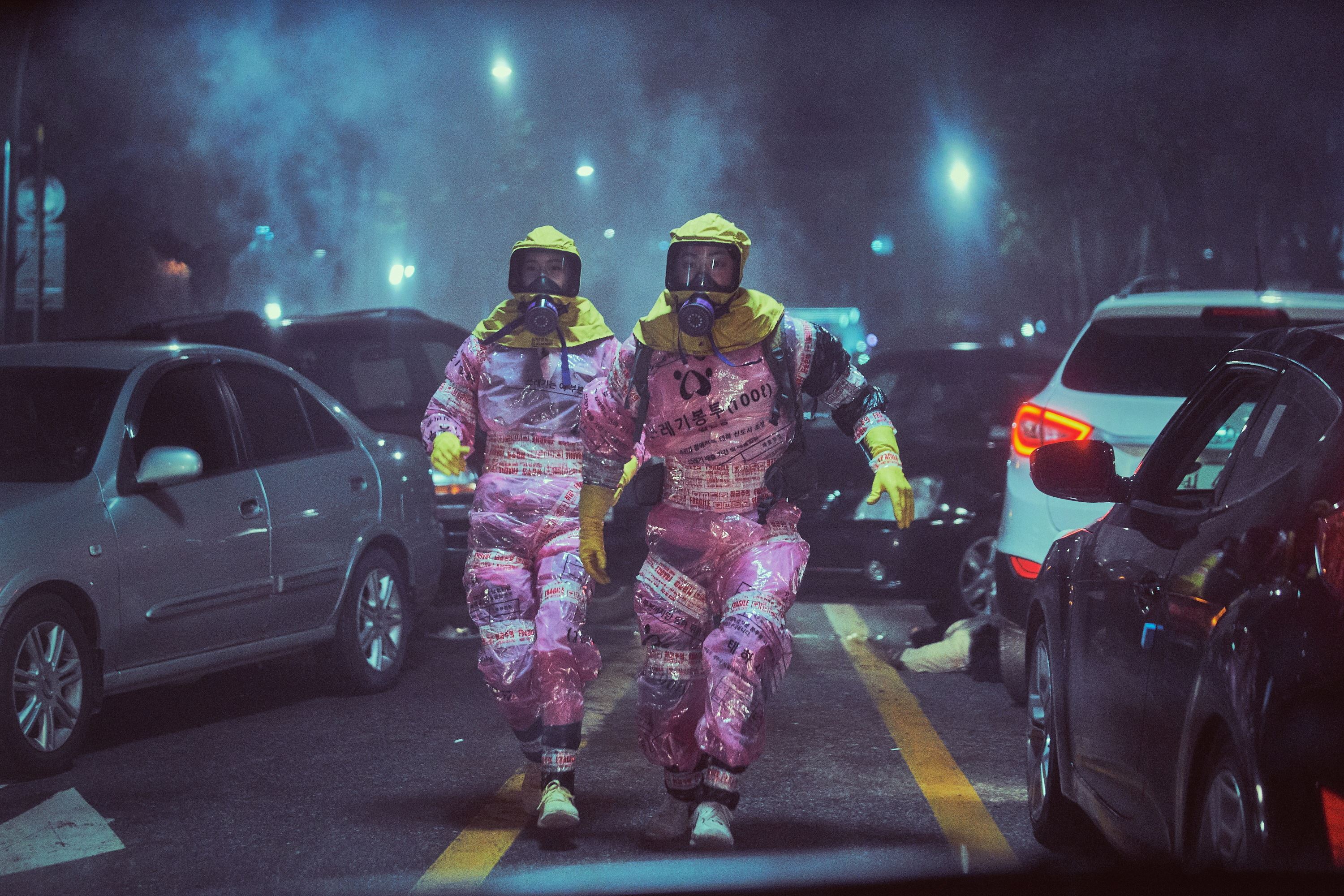 "Viruses don’t have an ideology." This is what Steven SODERBERGH said, the director of the excellent infectious disaster film Contagion. It seems to mean that the virus that causes the disaster is indiscriminate and therefore even scarier. However, the misty gas in Exit is the opposite. Yong-nam (CHO Jung-seok) who has been out of jobs preparing for employment for years, and Eui-joo (Yoon-ah), who is exhausted from her dull working life, have to run from the building to another building to escape the poison gas.

"If I get out of here, I’ll only apply for the companies in those tall buildings," said Yongnam, and the audience laughs but the reality is scary. Or the reality is scary, but the audience laughs. The advantage of Exit is that it knows a good deal of humor, flexibility, and fun, while keenly aware of the harsh social realities. That may have been one of the driving forces of the movie’s box office hit. (JUNG Han-Seok)

He graduated from Korea National University of Arts with the Department of the film. His short film  Do You Wanna Baby? (2006) won the Comedy Genre Grand Prize at the 2005 Mise-en-scene Short Film Festival. And later worked at the directing department of  director RYOO Seung-wan’ comic action feature Dachimawa Lee (2008), he directed the short film Mr. Tap’s Holiday (2010). This year, he made a successful debut with Exit.