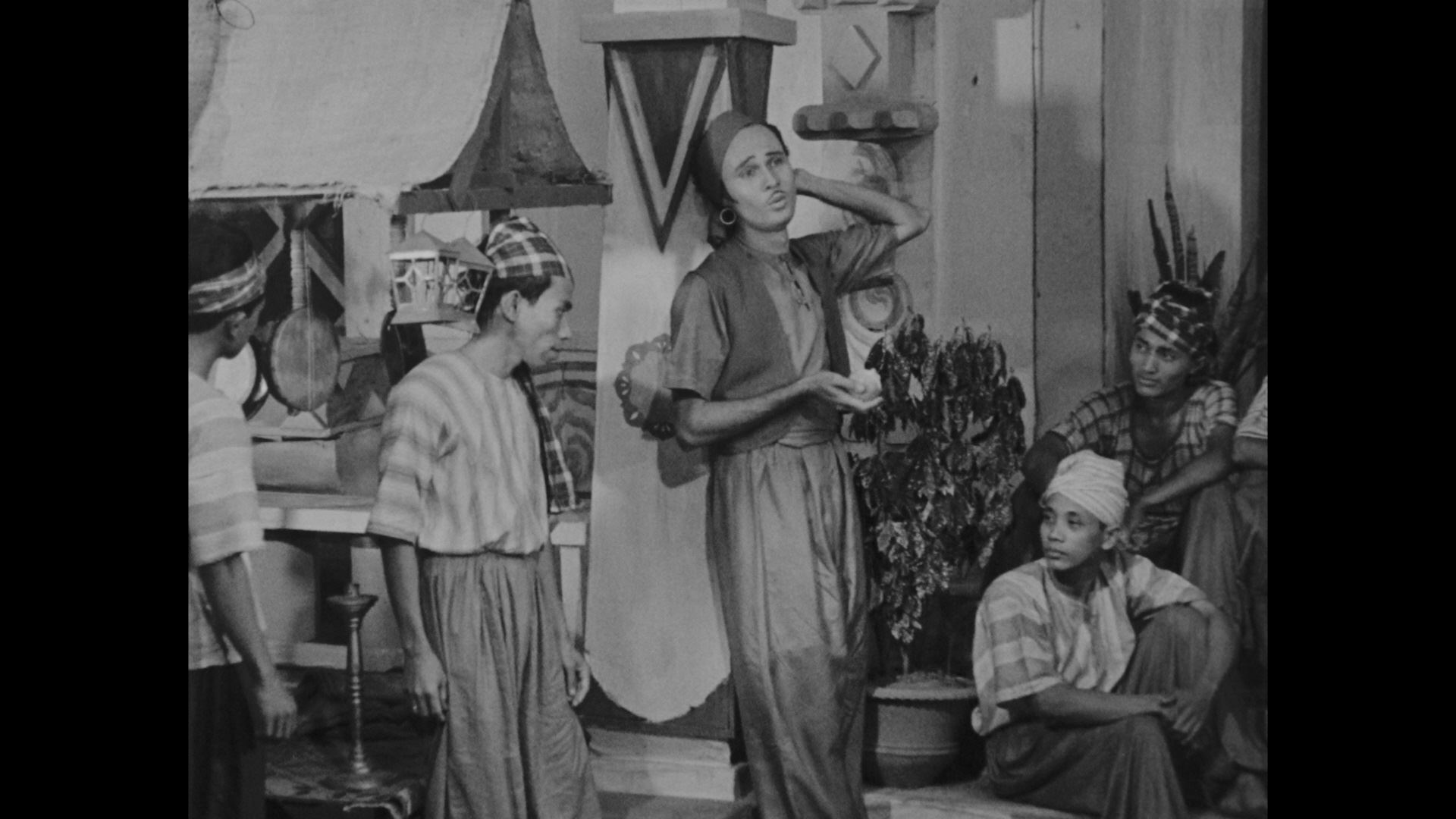 ′Aladin′ tends to remind you of Disney′s Aladin, but the story in ′The Arabian Nights′ spread all over the world early on. It is natural to accept the stories from Persia in Indonesia, where the majority of the population is Muslim. Aladin which shows the level of Indonesia′s film industry in the 1950s, is a reenactment of the story we are familiar with. The genie of the lamp obeys Aladin′s wishes, making Aladdin and the princess marry, and the evil sorcerer disrupts their happiness.

Indonesia′s film industry developed under the influence of the colonial Netherlands and Japan during the Pacific War, and was protected through import restrictions until before the 1990s after World War II. This kind of protections weakened the competitiveness of Indonesian films later, but this film shows the level of technology ahead in the 1950s. In this movie, the image of lamp genie as a giant shows that the special effects of the day in the Indonesian movie world were quite substantial. It′s a popular entertainment movie. (Nam Dong-chul)