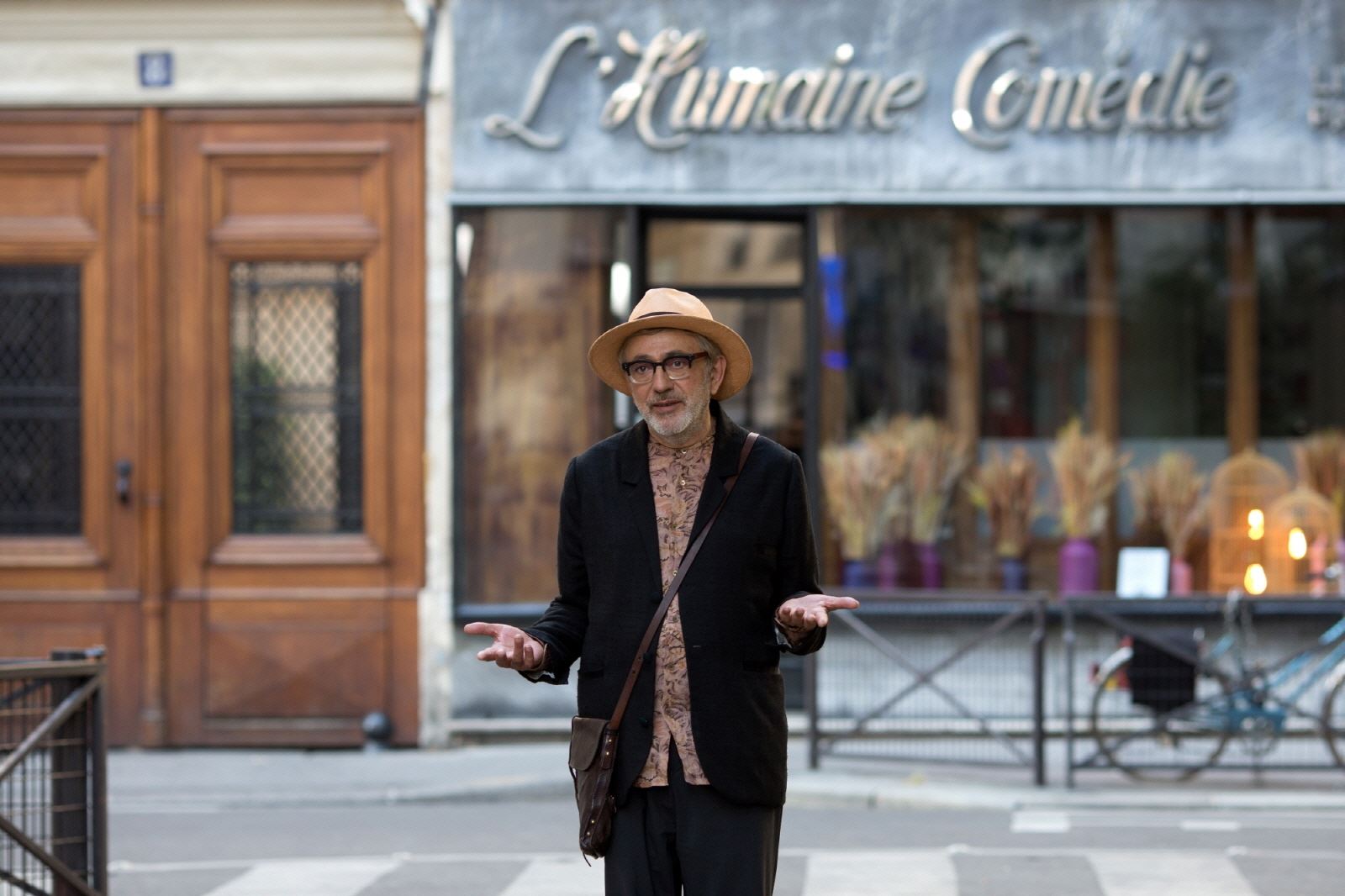 
This is the first feature by Director Elia SULEIMAN in 10 years. What more explanation would be needed? Remarkably reminiscent of Buster KEATON’s performance, Director Elia SULEIMAN in the movie answers briefly and clearly, “I’m a Palestinian from Nazareth,” to the taxi driver’s question of where he came from. And then he remains silent. He just sees and hears what’s happening in front of him. Gael Garcia BERNALl introduces the director to a New York producer saying, "This is a Palestinian director, but his movies are fun." French producer Vincent MARAVAL points to "the scenario that is not sufficiently Palestinian." It’s an absurd comedy that makes people laugh all the time, and it’s Elia Suleiman’s lucid political satire. The audience only needs to take a slight leap forward on the director’s journey from Paris to New York. (SEO Seunghee)

Born in Nazareth, Israel, Elia Suleiman studied in diverse colleges, art institutes and museums. He returned to Jerusalem in 1994 and majored in film at Birzeit University. His first feature film Chronicle of a Disappearance (1996) was awarded the Best First Film prize at the Venice Film Festival, and his second film, Divine Intervention (2002), won the Jury Prize at the Cannes Film Festival. The Time that Remains was in competition at Cannes in 2009.