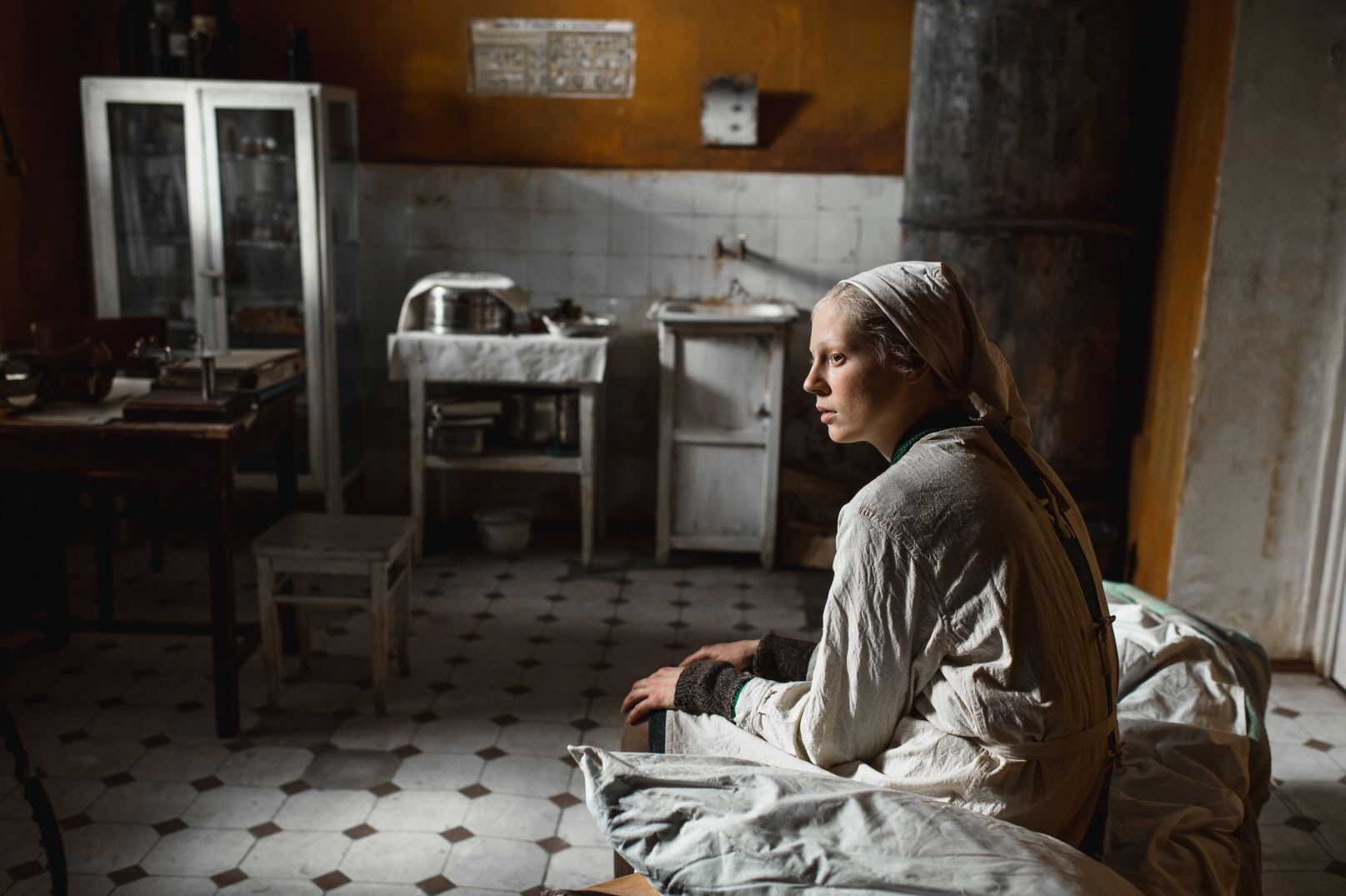 Kantemir BALAGOV’s second film, who rose to prominence after winning the FIPRESCI award at the Cannes Film Festival for its debut film Closeness. He received favorable reviews in the same eye as the first film. Beanpole, which means a gangling guy, is the nickname of Iya, the main character of the movie. This skinny, tall woman is as tall as can be seen everywhere. On the other hand, Martha is extremely different from Iya. These two women are the two main characters of Beanpole. The movie is set in Leningrad in 1945.

After a long war with the German army, the Soviet Union became a victor after defeating the Nazis, but Leningrad still cannot escape the wounds of the war. Hospitals are overflowing with patients without parts of their bodies and lack food and medical supplies, allowing them to meet fear and hunger everywhere. The movie focuses on the lives of the two women in this environment. Director Kantemir BALAGOV, who is known to have been influenced by Alexander SOKUROV, offers a strong screen that looks like a Russian oil painting. Light, darkness, color, and texture catch the viewers’ eyes. (Nam Dong-chul)

Born in Nalchik in 1991. In 2015 completed training in the director’s workshop of A. Sokurov at the Kabardino-Balkarian State University named after K. Berbekov. During his training he made some fiction and documentary films, which took part in various domestic and international events. His short First Me(2014) was included in the almanac Global Russians. Closeness, BALAGOV’s directorial debut in full-length cinema(2017), participated at Cannes Film Festival in the Un Certain Regard section and was rewarded with FIPRESCI prize.