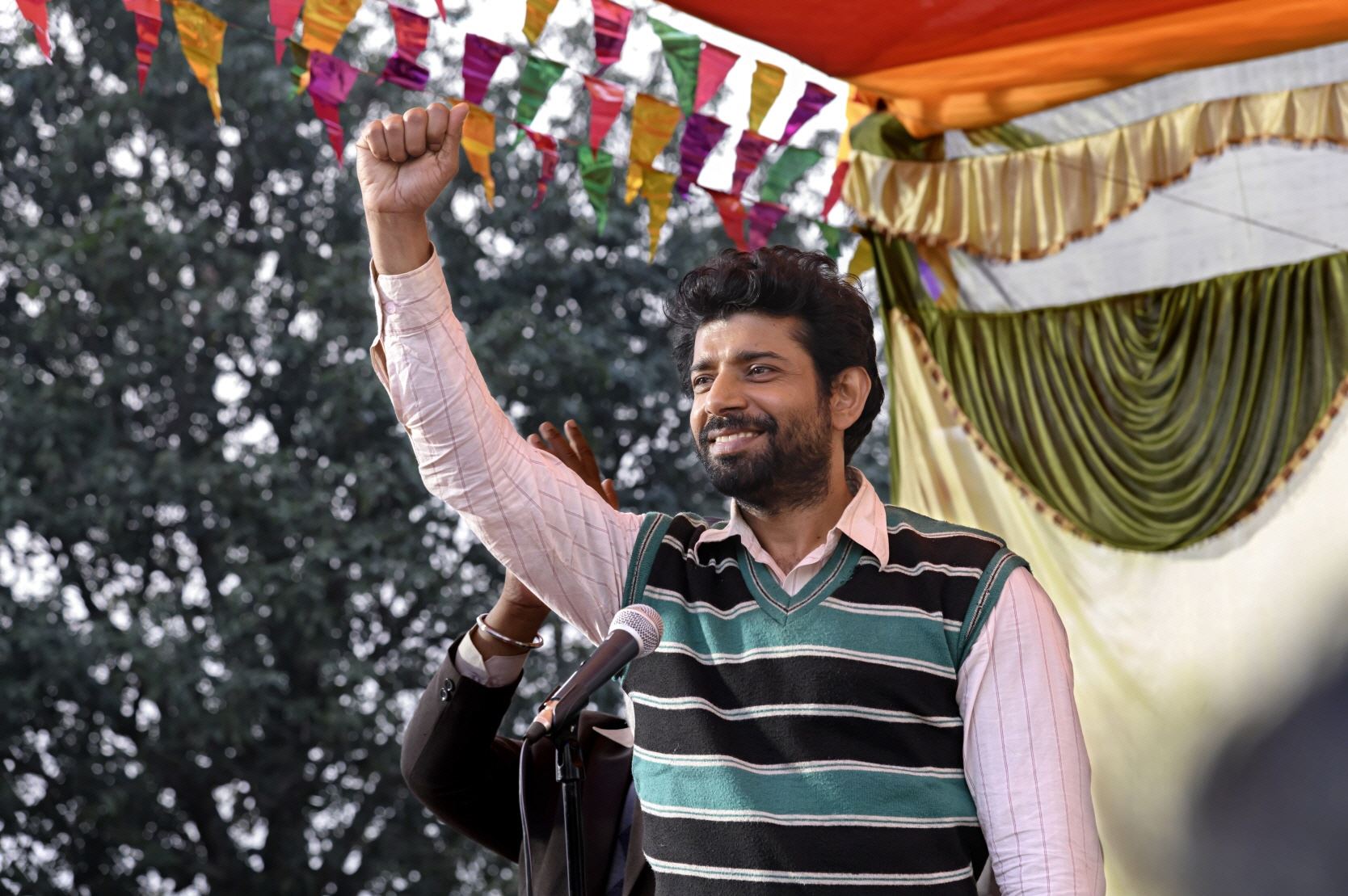 Upbeat music reverberates throughout the quiet rural village of Jamua, and a group of government officials arrives to promote the new aadhaar (resident identification) card issued by the Indian government. Suspicious that the government will collect their information and monitor them, the villagers show no interest in the new ID card despite the bureaucrats’ explanation that ID cardholders will receive all kinds of medical, welfare, and education benefits. While everyone remains hesitant, Pharsua steps up. He becomes the first person in the village to receive the new aadhaar card and gains instant stardom. But one day, the village priest tells him that the serial number on his ID card will soon cause the death of his wife, and Pharsua starts on a journey to save his wife.

Aadhaar starts as a comedy but, as the story progresses, it turns into an absurdist social drama. Getting his ID number changed is of utmost importance to Pharsua, as the life of his beloved wife depends on it, but it becomes an inviolable and unchangeable absolute number since it has been entered into the system. Pharsua wails about the unfairness of his ID number, but no one outside of his village lends an ear to his pleas. Instead, people accuse him of being a criminal or a mentally ill person. Aadhaar is a clever commentary on the violence society inflicts on individuals and the conformity and inhumaneness of the system that the state forces on its people. (PARK Sun Young)

Indian Professor and director Suman GHOSH holds a Ph.D in economics and is on the faculty of Florida Atlantic University. He studied filmmaking at Cornell University in New York. His filmography includes the documentary AmartyaSen: A Life Reexamined (2003), Footsteps (2008), and The Conflict (2009).