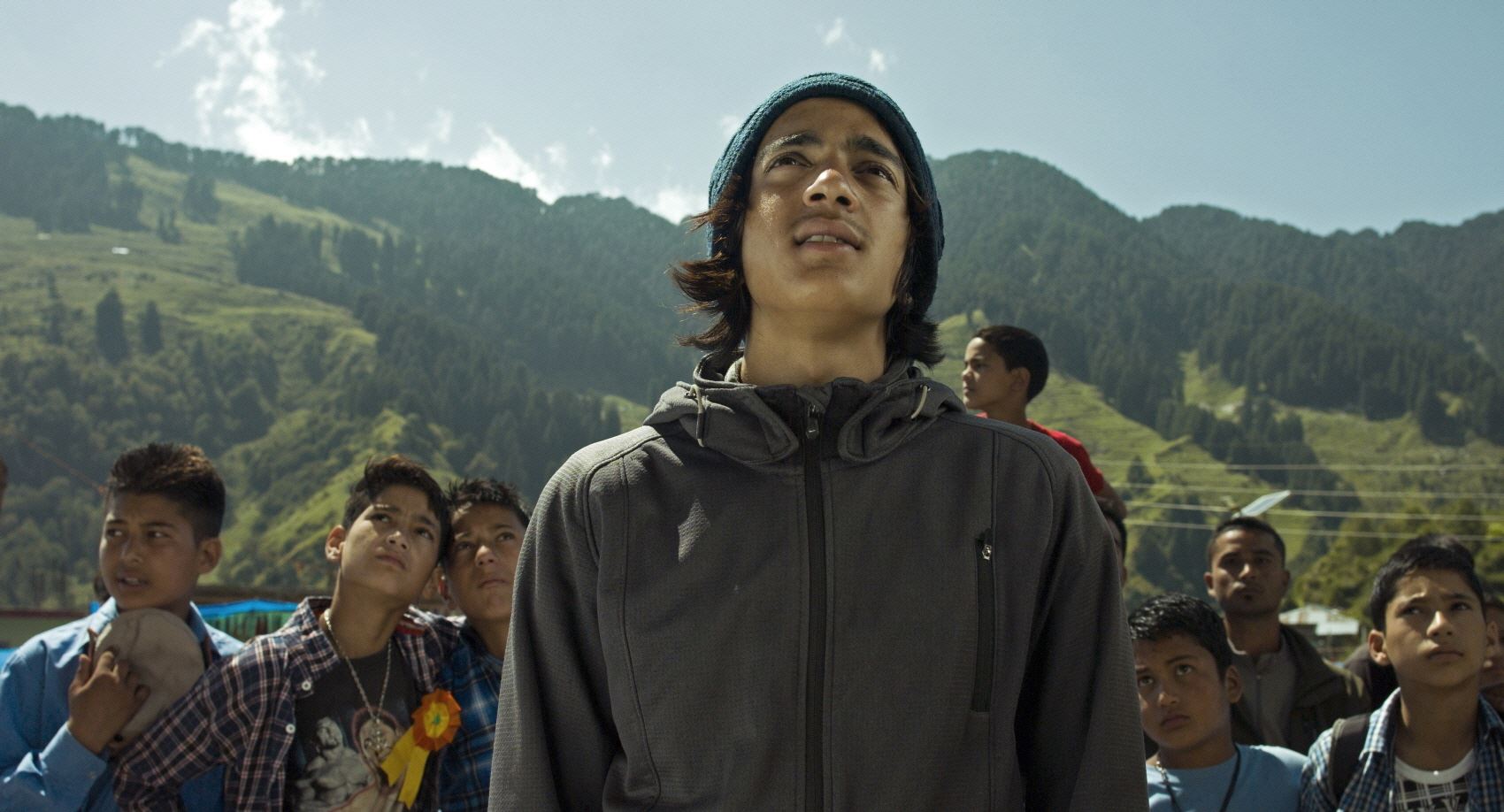 Bitter Chestnut begins with two men eating and taking a rest in a valley in the mountains. One of them is Kishan, a 17-year-old who is conflicted about the family’s expectations for him to become a carpenter and continue the family business, his desire to observe the world a little longer at a café with a beautiful view at the foot of the mountains, and his wish to start a new life in a city like his friends who moved to New Delhi.

From the very beginning, the film states, “Everyone starring in this film plays the part of themselves.” Starting off with a declaration that blurs the boundary between fiction and reality, Bitter Chestnut follows Kishan through his ordinary life. But in Kishan’s world, birth, national holidays, markets, a fire, death, and festivals are all special and new. And his daily life is also the daily lives of the elderly people, whose memories of the time of at least a generation have become intermingled. In the film, Kishan also grapples with the issues of capitalism and globalization he faces due to the presence of foreign laborers who pave the road to the mountains and foreigner travelers enamored with Tibetan Buddhism who come to visit the café by the Himalayas. Spending days soaking chestnuts in water so that they lose their bitterness and become edible, the life of a boy living in the mountains of the Himalayas, where time passes at a different pace, continues day by day. (PARK Sun Young)

Born in New Delhi, Gurvinder Singh worked in advertising before studying cinema at the Film and Television Institute of India. He has directed two features: Alms For The Blind Horse and Chauthi Koot(Fourth Direction), which have premiered at Venice Film Festival (Orrizonti, 2011) and Cannes Film Festival (Un Certain Regard, 2015), respectively. His films have travelled widely to various film festivals, including Rotterdam, Busan, Munich, London, Rio De Janeiro, etc. His latest short film Sea of Lost Time (2019) had its premiere at the Rotterdam film festival.