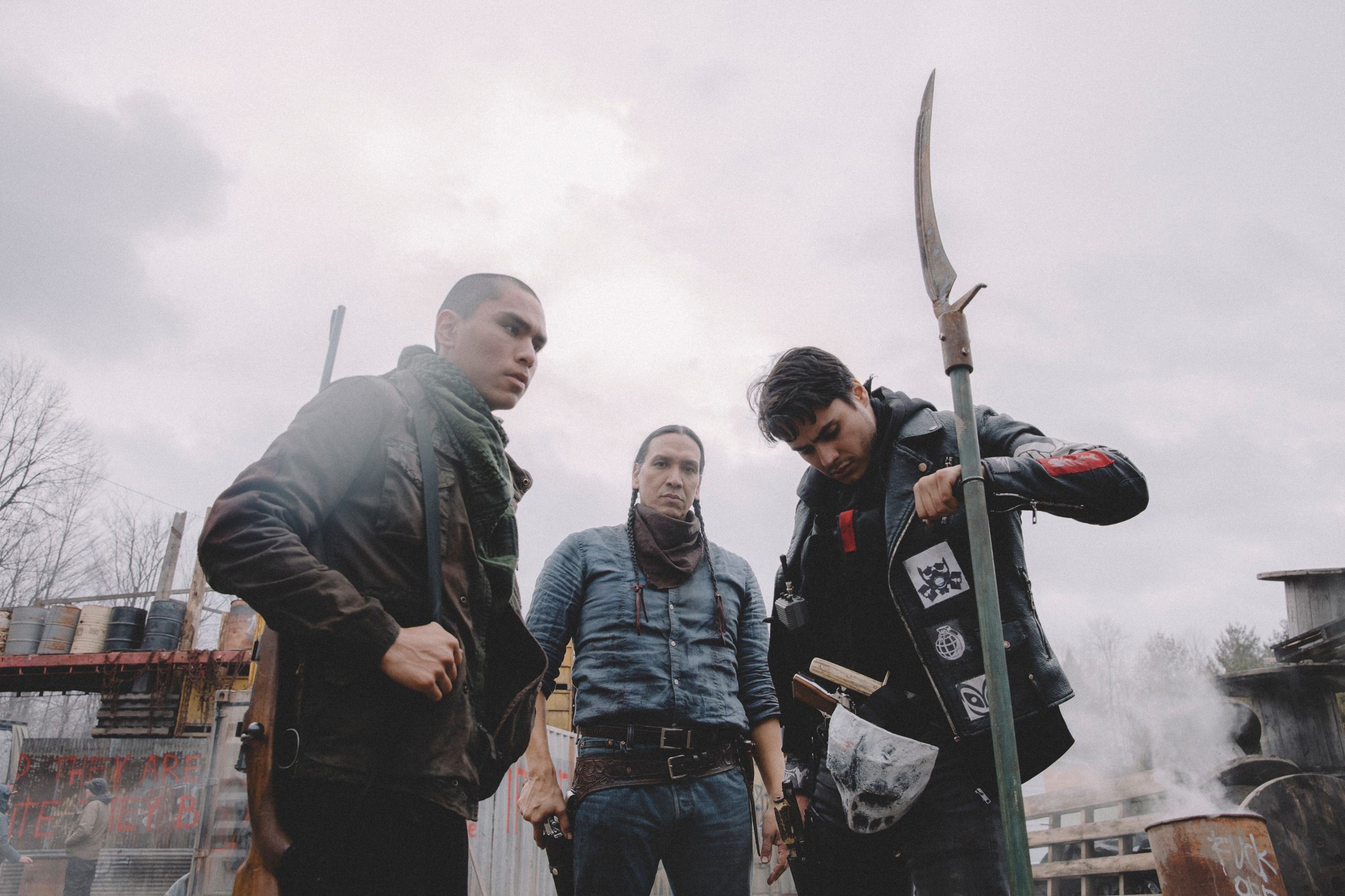 The dead are coming back to life outside the isolated Mi’gMaq reserve of Red Crow, except for its Indigenous inhabitants who are strangely immune to the zombie plague. Traylor, the local tribal law enforcement, armed with nothing but a gun, a hangover, and a six-pack, must protect his son’s pregnant girlfriend, apocalyptic refugees, and drunken reserve riff raff from the hordes of walking corpses infesting the streets of Red Crow.

Jeff Barnaby’s second feature, Blood Quantum is a powerful and fast-paced zombie flick to keep the midnight audience on the edge of their seat. Blood Quantum is a pure entertainment especially for the fans of zombie films. It was premiered in Toronto for Midnight Madness.

Jeff BARNABY was born on a Mi’gmaq reserve in Listuguj, Quebec. His filmmaking paints a stark and scathing portrait of post-colonial indigenous life and culture. After making several award winning short films, he made his debut feature film, the cult hit Rhymes for Young Ghouls. Blood Quantum is his sophomore feature film.