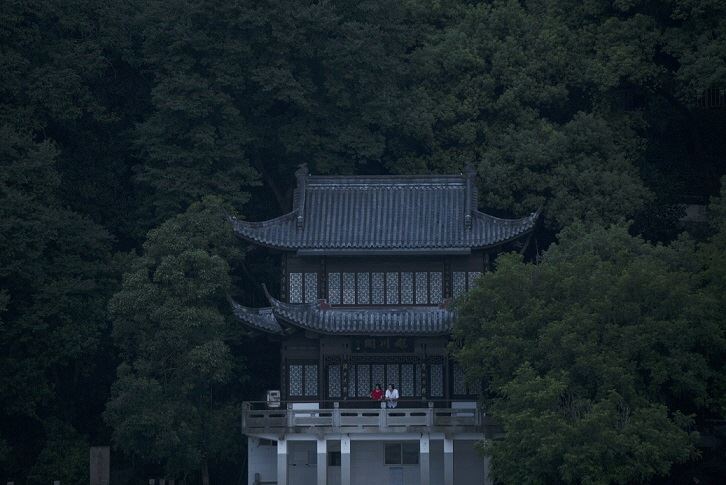 Dwelling In The Fuchun Mountains

At her 70th birthday celebration, the matriarch of the Yu family suffers a stroke. Fortunately, she recovers but is diagnosed with dementia. Her four sons, who are busy with problems their own lives and families, now face another problem: who will take care of their mother? Bound in the name of family, the brothers’ relationships are tested by suspicion and distrust of each other as well as dilemmas in each of their lives. Through the story of a family living at the foothills of the Fuchun Mountains by the Fuchun River in Zhejiang Province, Dwelling in the Fuchun Mountains presents a poignant opportunity to ruminate on the meaning of family in modern society. The four seasons of the beautiful and majestic Fuchun Mountains and Fuchun River have been filmed in long shot, providing an opportunity for the viewers to see the real-life scenery of the renowned painting of the same title as the film by HUANG Gongwang, one of the top four master artists of the Yuan Dynasty. A feature debut film by GU Xiaogang completed after many twists and turns, Dwelling in the Fuchun Mountains received a warm reception at the Cannes Film Festival Critics’ Week. (CHAE Bohyun)

GU Xiaogang was born in Fuyang, Hangzhou. While studying Costume Design and Marketing in University, he discovered filmmaking and started to be interested in documentaries. His first feature, Dwelling in the Fuchun Mountains , which was shot during the four seasons over the course of two years, is selected as the Closing Film of Critics’ Week of Cannes Film Festival in 2019.

Dolly Kitty and Those Twinkling Stars