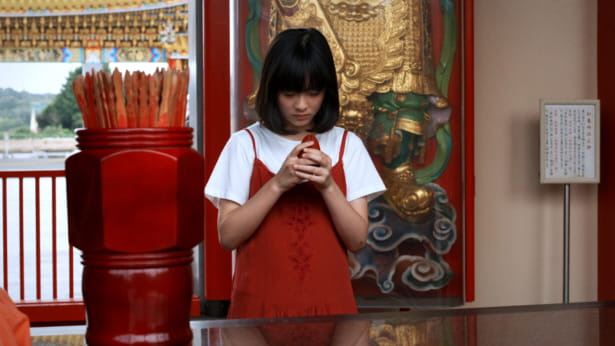 Ray, a mid-teen girl, lives with her Taiwanese mother, but runs away from home to avoid her mother’s beating and abuse. Ray calls for help in the street and meets Aoi, ends up staying overnight in Aoi’s apartment. The next evening, when Maruyama, Aoi’s boss, breaks into the apartment and tries to rape Aoi, Ray kills him trying to save Aoi. The two run away to a deserted rural village and hide in a closed inn where the owner left. Over time, Ray’s bruises fade, but the scars on her mind still remain. Nevertheless, Ray grows up little by little. Born in Taiwan in 1993, Director SUZUKI Sae made four short films including A woman named A, after majoring in film art at the Graduate School of Rikkyo University. My Identity is her first feature film. (Jay JEON)

Born in 1993, Taiwan. Directing Course, Department of Film Production, Graduate School of Film and New Media, Tokyo University of the Arts. As an independent filmmaker, she continued to direct several films since What is a man, a woman and love? (2012).