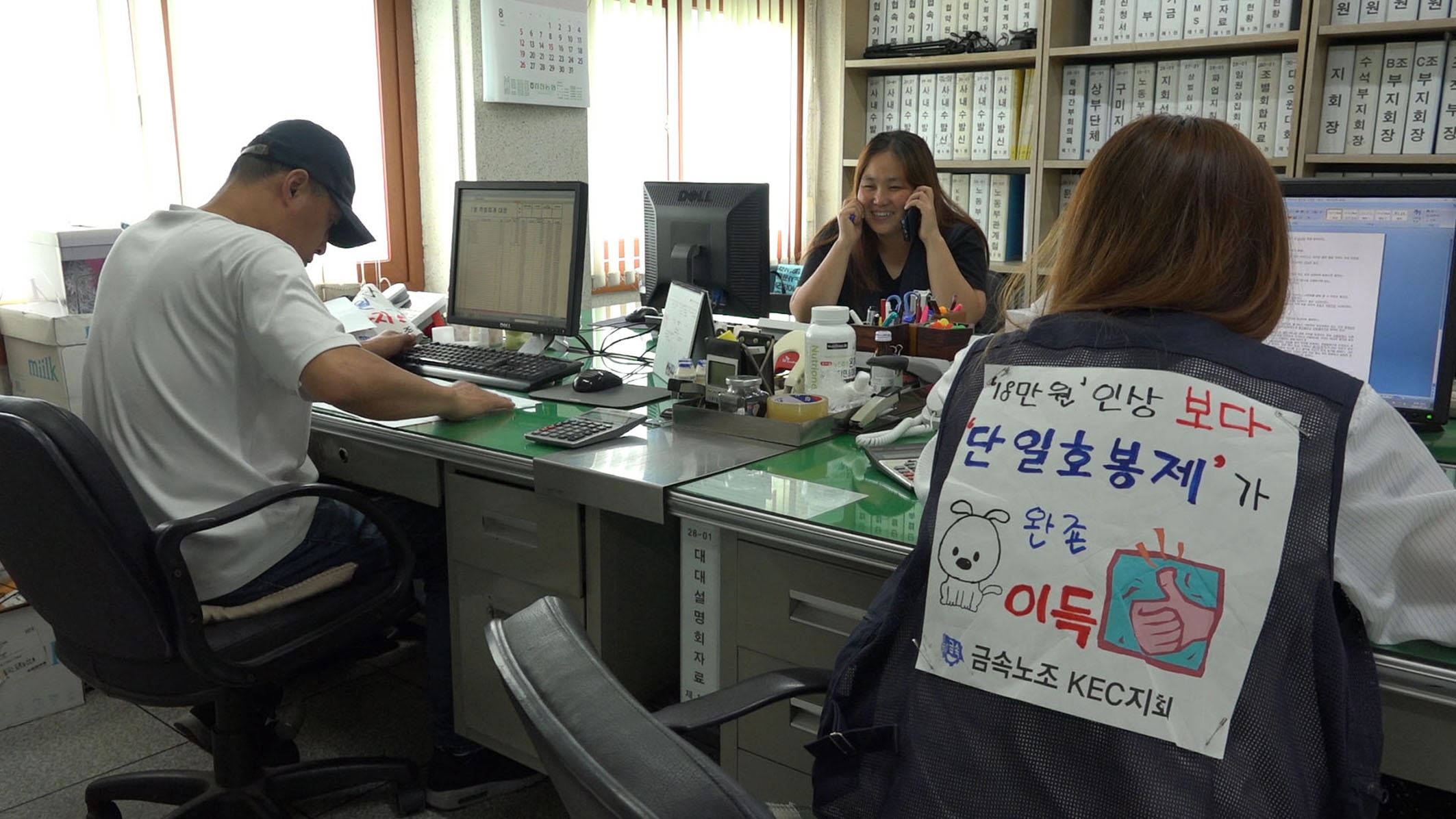 KEC, known as the world’s best semiconductor company in the 21st century, adopted a multiple labor union system and now has an unprecedented pro-corporate labor union in South Korea. As a result, the company and its workers were able to reach peaceful wage negotiations for eight consecutive years. Director JANG Yun-mi starts this film with a short and firm statement: “This film follows the position of one of the three labor unions.” The camera delves into the space of the KEC Gumi branch’s union members and captures their voices for 2 hours and 48 minutes without narration.

Flag, Blue Sky, Party, in particular, features many female union members. This is because their company is particularly sexist. This is a place where women are discriminated against in the hiring process, in wages, and even in promotions—there is systematized sexism. The union members lament, saying “There’s discrimination everywhere!” but none of them seem tired or hopeless. They have no desire to give up their daily pleasures or their struggle, and so the film is packed with a sense of delightful joy and friendship. As long as the “party” continues, their passion for struggle will not die down. This is a third feature-length documentary by JANG, who received spotlight with Under Construction. (KANG Sowon)

Starting with her first feature film, His mind (2012), she has made short films Mom goes into her room (2014), The old lotus (2015) and Anxiety of concrete (2017). Her second feature Under construction (2018) won the Best Korean Documentary Award at the 10th DMZ International Documentary Film Festival.