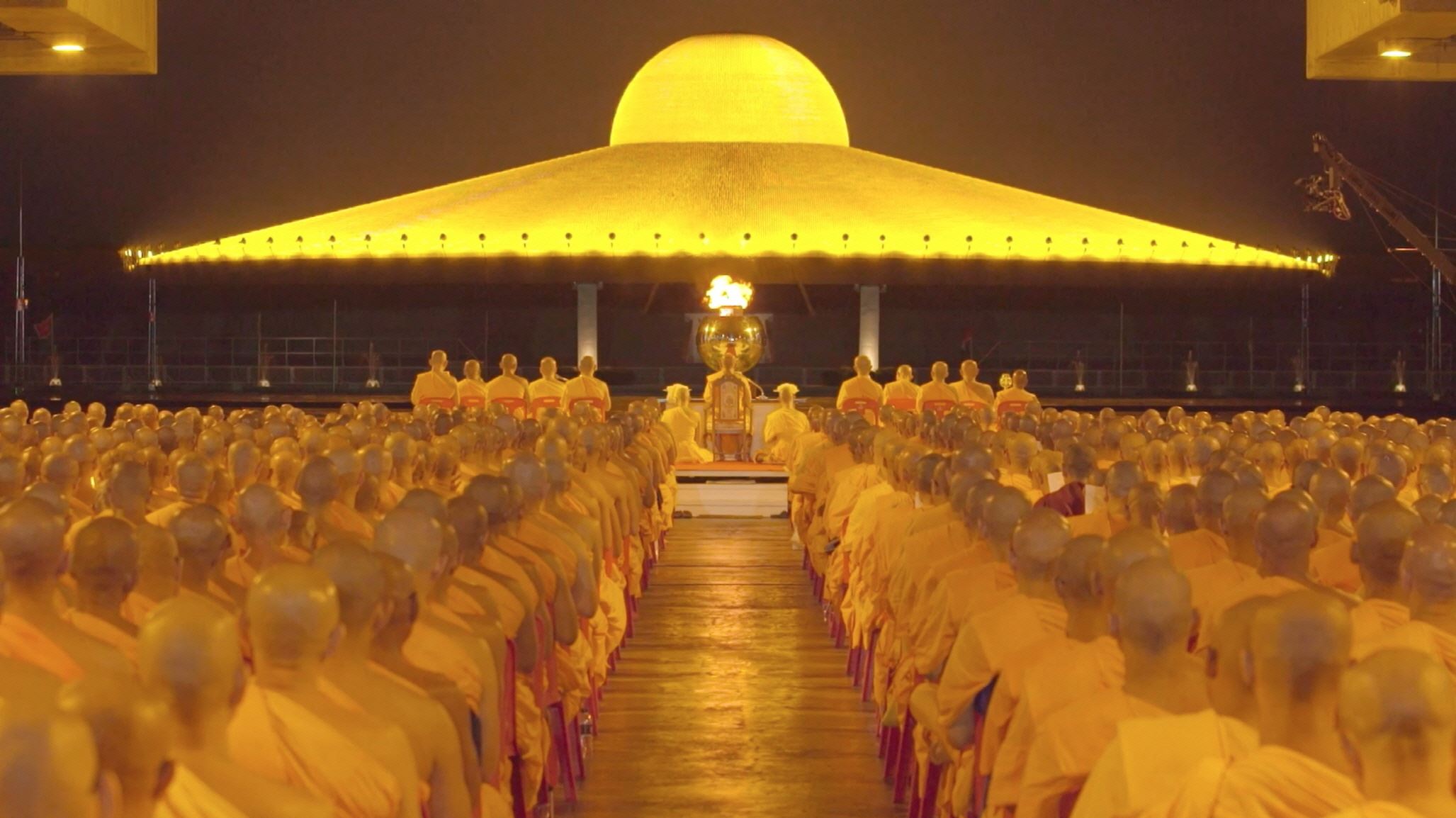 Shaped like a round, golden spaceship, Dhammakaya is the largest and richest Buddhist temple in Thailand. With millions of followers, it has become an icon of Thai Buddhism and the mecca of all Buddhists in the world, yet it also reeks of suspicious money matters. In 2016, the abbot of Dhammakaya is charged with money laundering and acquisition of stolen properties. The ensuing clash between the military regime that tries to enforce the law and the all-powerful temple with many followers is intense. Filmmakers Nottapon BOONPRAKOB investigates this incident from a rather unique point of view—he spotlights someone who may be considered a religious fanatic. The camera’s gaze, as it traverses across politics and religion, power and corruption, belief and blind faith, maintains a cold calmness of an investigator without a hint of emotion. The impressive directing creates a tense atmosphere, pointing out the evils of religion without criticizing the ignorant yet innocent fanatical followers. (KANG Sowon)

After his graduation from film school in Thailand in 2009, he started his career in fiction film production as director, scriptwriter, and cinematographer. In 2016, he decided to pursue his Master′s degree in Social Documentary Film at School of Visual Arts, New York. In 2018, he made his first feature documentary 2,215 and Come and See is his second feature documentary.