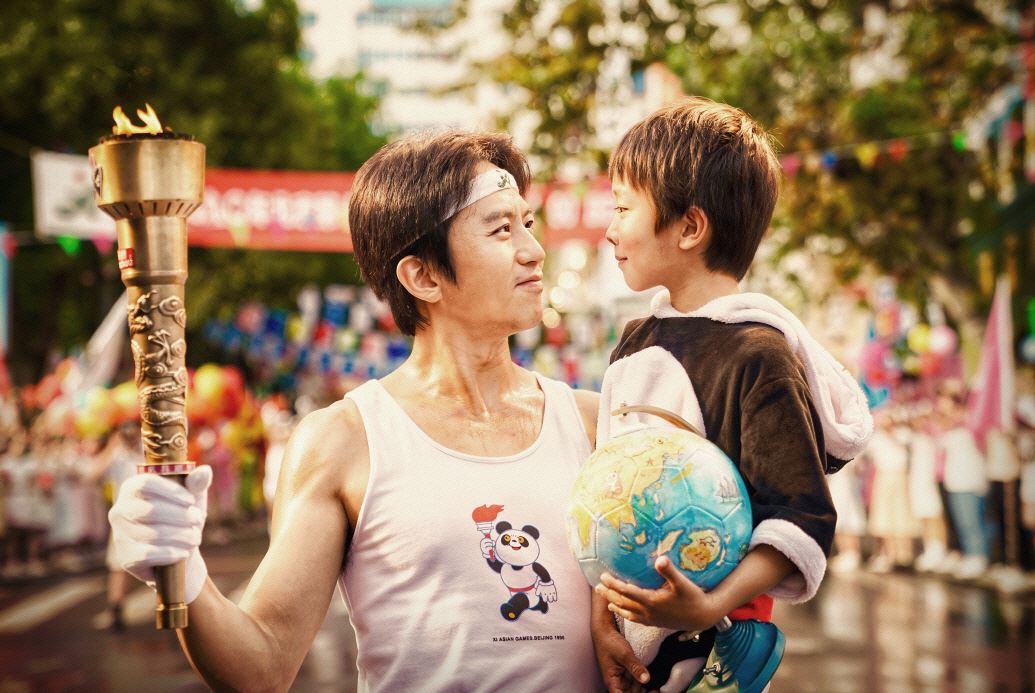 In 2019, two astronauts soon to leave the earth hold a press conference. A question about how he feels about the upcoming space flight takes Ma Fei back 30 years to his childhood. In 1990, a crowd of journalists is waiting for the torchbearers practicing the opening of the Asian Games. And behind them, Ma Fei is busy with the welcoming practice. Unlike other students, Ma Fei has a hard time keeping up with the routine, and the teacher and his classmates humiliate him. Just then, Ma Fei’s father, Ma Haowen, who is one of the torchbearers, runs over to him and triumphantly looks at the bridge that he designed. But the happiness that father and son feel is momentary, as a terrible disaster occurs right in front of their eyes, forewarning the terrible misfortune to come. This incident breaks up Ma Fei’s family, and even the close bond between the father and son is severed. Ma Haowen’s efforts to make up for the lost time with his son and the transformation that Ma Fei undergoes will tug at the viewers’ heartstrings and bring tears to their eyes. Actor DENG Chao, known to Korean viewers for his roles in Stephen CHOW’s The Mermaid and ZHANG Yimou’s Shadow, co-directed the film with filmmaker YU Baimei and also stars as the father opposite popular Chinese actor BAI Yu. In China, a country notorious for the grueling college entrance exam that stacks up to that of South Korea, Looking Up touched on the issue of what right education means and became a box office hit, grossing CNY 800 million (KRW 150 billion). The film delivers laughter and tears while showing the realities of and criticizing the educational system in China. (CHAE Bohyun)

DENG Chao is a Chinese actor, comedian, director and singer. The Breakup Guru (2014), a romantic comedy starring himself and YANG Mi, is his directorial debut. Though it faced stiff competition with Hollywood blockbusters, the film grossed 180 million yuan on its opening week and ended up as one of the highest-grossing films of the year in the Chinese film market.

YU Baimei is a director and writer, known for Devil and Angel (2015) and The Breakup Guru (2014). He is also the Founder of Baimei Studio, the master pusher of the box office champion Wolf Warrior 2 (2017).