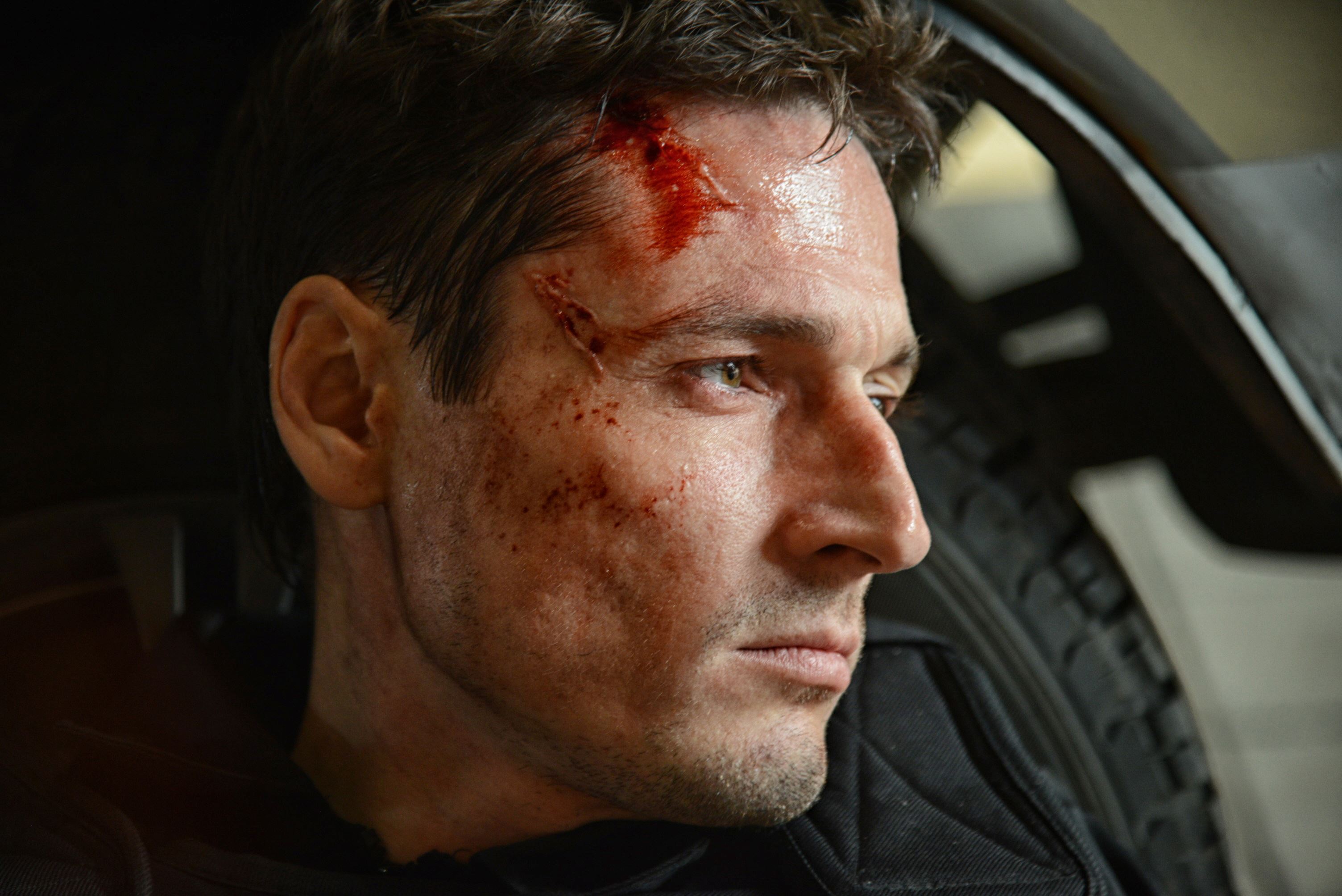 Two men are in charge of transporting cash. Victor and Loha served the army together on the battlefield in Ukraine. Now they work together and take classes for learning poetry when work is over. They are always together, but their personalities are so different. Loha goes to the pit and squanders his money by gambling, and is always in debt and anxious. On the other hand, Victor seems calm in the face of danger and has no desire for money. The movie′s spotlight is on Victor. Having the experience of killing people on the battlefield in Ukraine, Victor seems to have trauma, although he usually looks quiet and normal. After becoming famous for his outrageous presentation of poems, Victor explodes the violence suppressed in his heart.

Actor Aleksandr KUZNETSOV, who plays Victor, clearly imprints the anti-heroic side of a character with the scars of war. This film deserves the best actor award as well as the best director at Kinotavr Film Festival. It′s almost a delusion, but Victor comes to think of robbing cash as a poetic act instead of cash transportation. In the movie, violence and poetry make a strange harmony. (Nam Dong-chul)

Alexander graduated from Moscow State University in 1995 with a degree in History. In 1996, he worked as an editor for Pyotr SHEPOTINNIK’s show Kinescope In 1997, he was hired by the French television channel ‘Canal +’ to write the script for the documentary film The Last Inuit. His filmography includes Act of Nature (2010) and Great Poetry (2019).