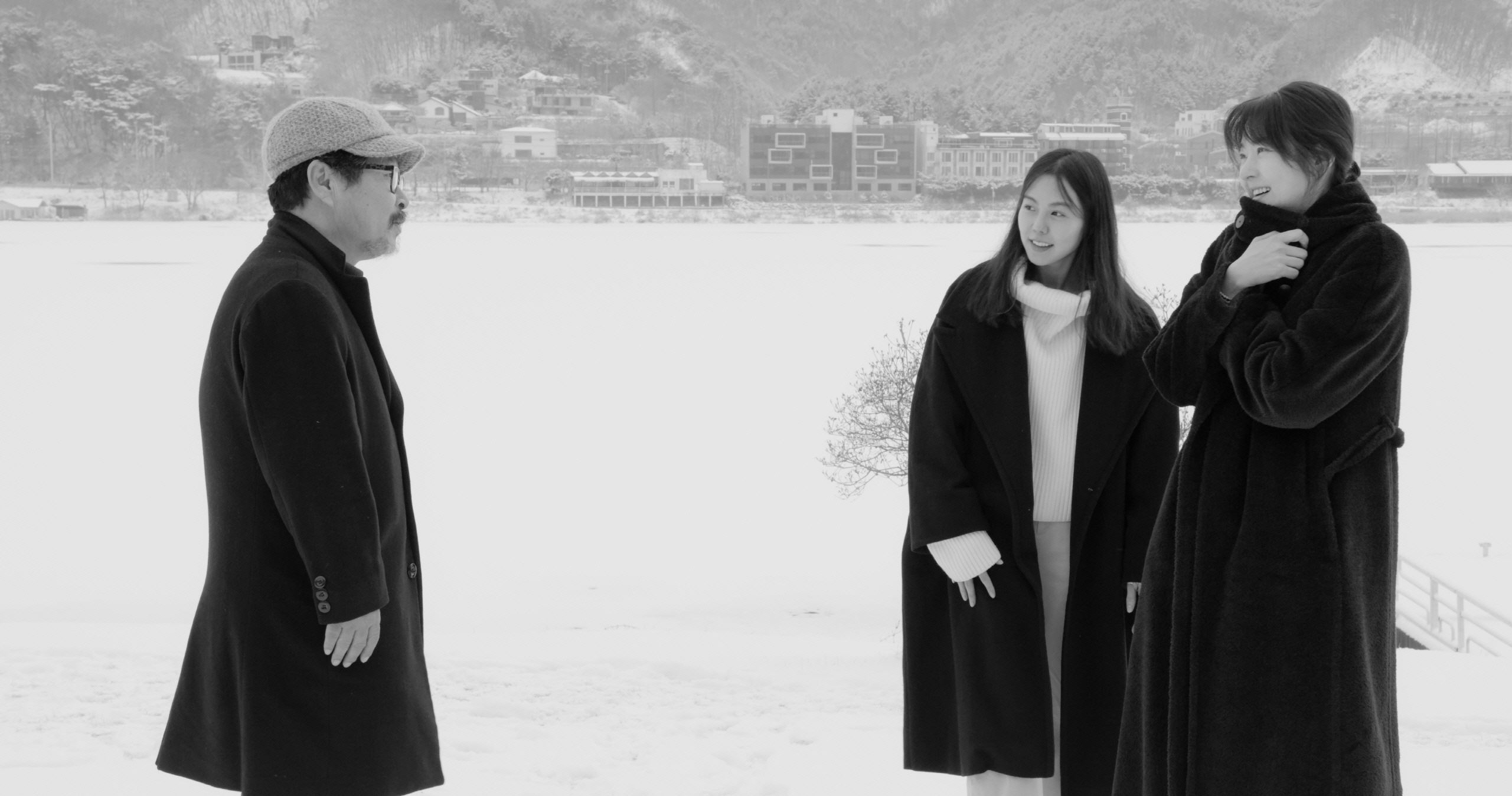 Director HONG Sangsoo’s Hotel by the River even makes his faithful audience disconcerted. The story is so simple that it doesn’t need an explanation. The story is about a father who is a poet (KI Jubong), who lives at a simple hotel by the river, his two sons (KWON Haehyo and YOO Joonsang), and two women (KIM Minhee and SONG Sunmi) who stay at the same hotel by chance. But on the other hand, the sensations and feelings of Hotel by the River are so complex and delicate that it is overshadowed by explanation.

When the two women stand with a small, brooding tree in a landscape covered with white snow, and when the S.F. world suddenly unfolds unannounced as the poet recites a poem carefully written, the audience comes to feel that they’re being led by something mysterious. It is the best actor award-winning film at the 2018 Locarno International Film Festival, and the actor KI Joobong said he appreciated everything in the universe when he received the award. He seems to have been feeling the identity of this movie. (JUNG Han-Seok)

Hong Sangsoo made his feature debut with The Day a Pig Fell into the Well(1996) which won wide praise from both domestic and international film communities and took home the Tiger Award at Rotterdam IFF. Since then he has made a total of 22 films, winning awards at numerous film festivals including Cannes, Locarno, Singapore and Tokyo.