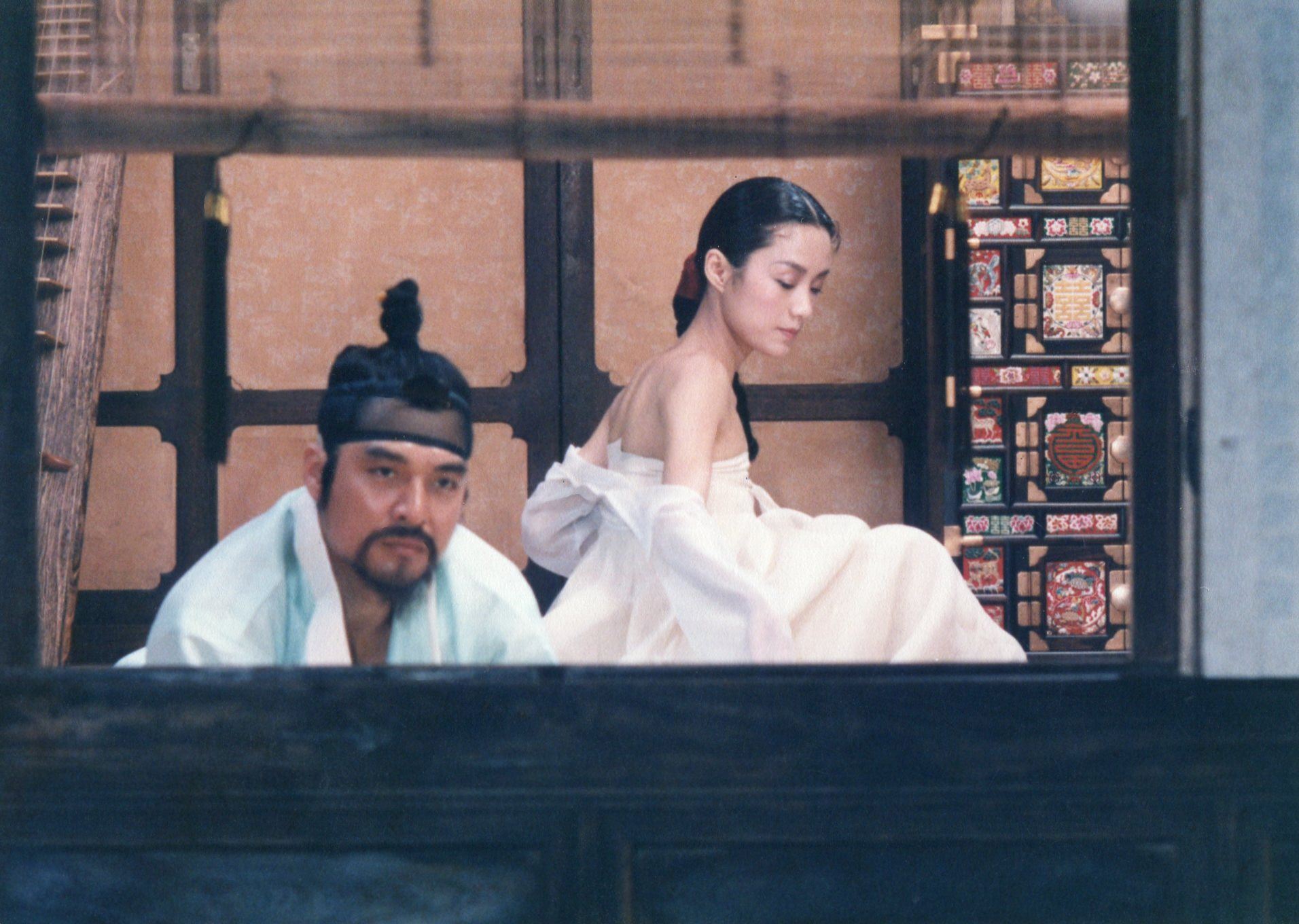 HWANG Jin-ie (JANG Mihee) hears about the suicide of the leather shoemaker (AHN Seong-ki), who had a crush on her on the eve of her wedding. Broken up her engagement for pacifying the deceased’s soul, HWANG Jin-ie enters the path of a courtesan. HWANG Jin-ie, under the name Myeongwol, is loved by BYUK Gyesu (SHIN Il-ryong) and meets with Lee Saeng (JEON Moosong), but eventually she gets off on her way to Namsadangpae, a traveling troupe. Hwang Jin-ie (1986) is the story that director BAE Chang-ho wanted to release after a series of box office hits and positive reviews from Whale Hunting (1984) and Deep Blue Night (1985). Although the box office failed, Director BAE Chang-ho tried to interpret HWANG Jin-ie as a soloist who took her own way out of the world, leaning on the restrained image of DP JUNG Il-sung. (JEONG Jihye)

Bae Chang-Ho was born in Daegu, 1953. Upon graduating with business degree at Yonsei University, he met LEE Jang-Ho in 1977 and jumped into the film industry. He started out as an assistant director to LEE’s Windy but Pleasant Day in 1980 and made his debut in 1982 with People in a Slum He became commercially successful with Whale Hunting and Deep Blue Night, while establishing his own style with Hwang Jin-I My Heart is his second feature with his wife KIM Yu-Mi as the main actress, after 1996’s Love Story