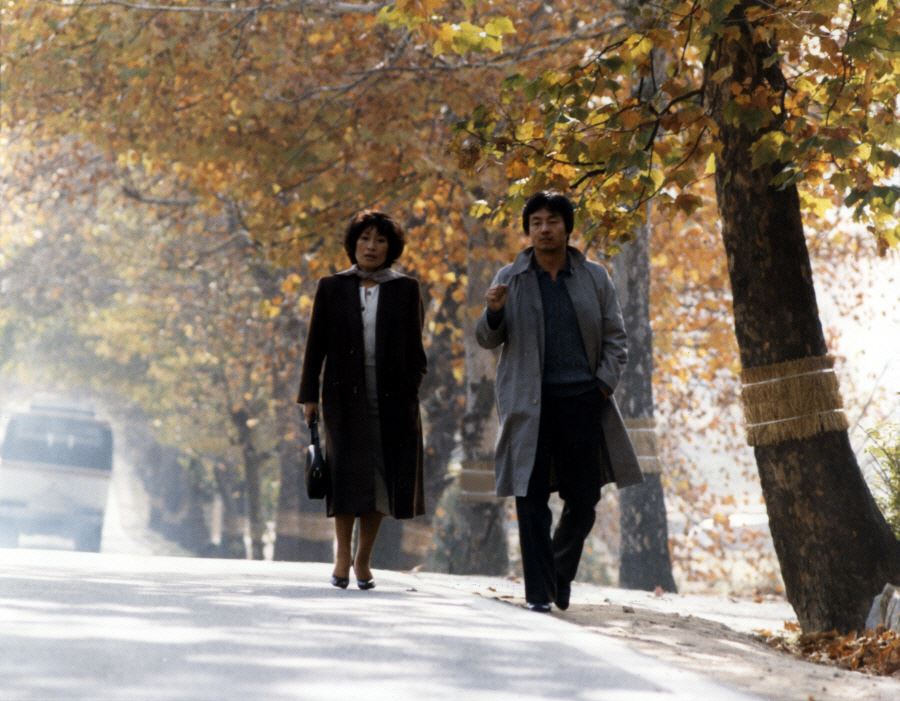 Hyerim(KIM Hyeja), who is serving a prison term for murder, takes a special vacation and gets on a train to Gangneung to go to her mother′s tomb. Min-gi (JEONG Donghwan) meets Hyerim by accident on the train, and the two share a short but intense love. Hyerim′s face close-up shots are the ones that depict Hyerim′s mind. Also, the scenes that show only a fraction of a person′s face using topographical features or pay attention to small gestures of the body make us understand the person’s heart more intense than words. Inserts shot of nature and the sound of the wind blowing in a bleak and lonesome way conform to the emotions of the character and lead to the late autumn mood, becoming the lyric of the movie. (JEONG Jihye)

Born in 1929 in Ansung he majored in Education at Seoul National University. He made his debut with A Henpecked Husband in 1958, followed by The Seaside Village (1964), Jung-kwang′s Nonsense (1986) and more than 100 other works. He also won the award for best director in the 13th DAEJONG FILM FESTIVAL for Fog (1967). He also served as the chairman of the Korea Media Rating Board.