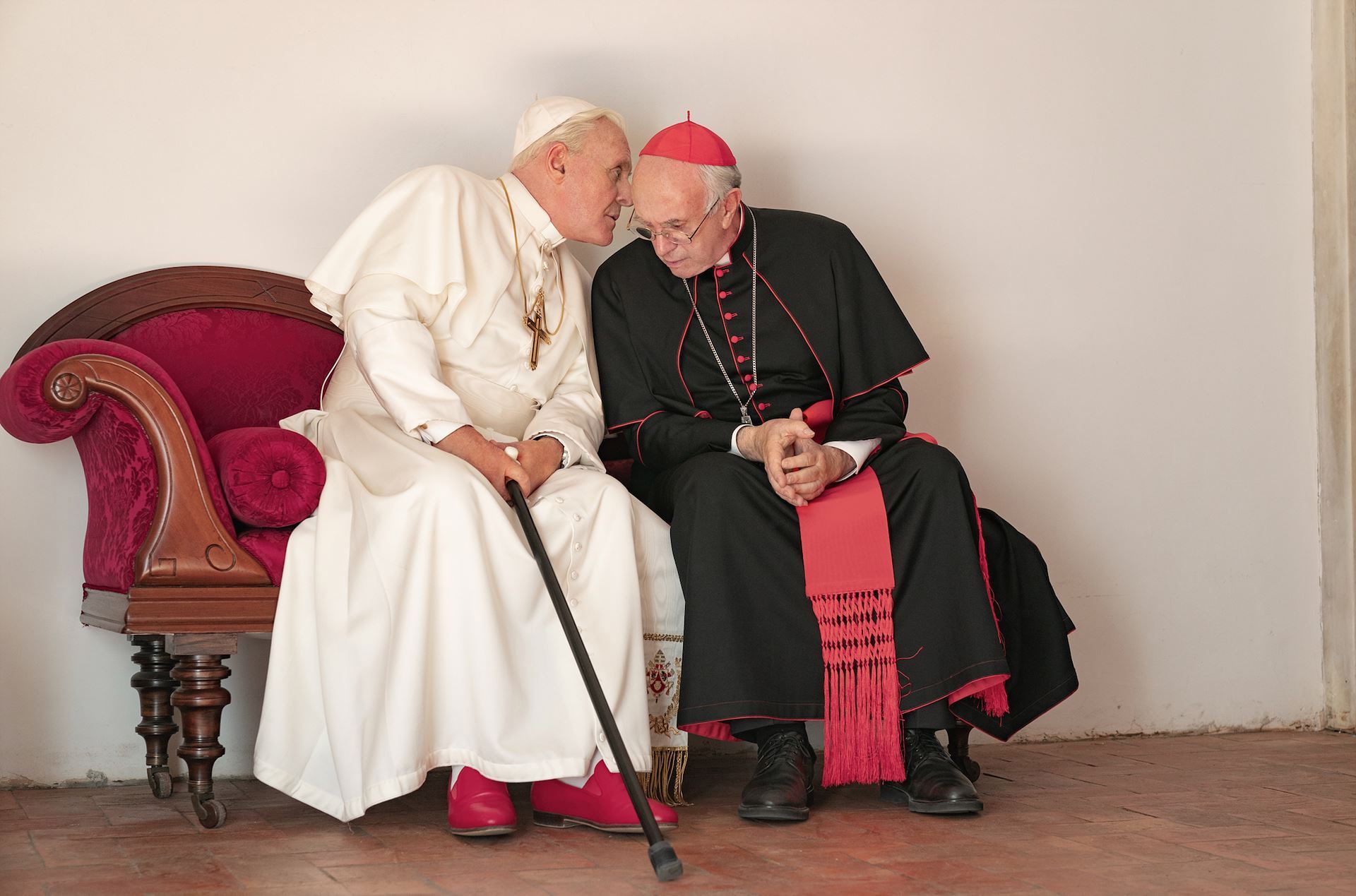 From Fernando MEIRELLES, the Academy Award-nominated director of City of God, and three-time Academy Award-nominated screenwriter Anthony McCARTEN, comes an intimate story of one of the most dramatic transitions of power in the last 2,000 years. Frustrated with the direction of the church, Cardinal Bergoglio requests permission to retire in 2012 from Pope Benedict.

Instead, facing scandal and self-doubt, the introspective Pope Benedict summons his harshest critic and future successor to Rome to reveal a secret that would shake the foundations of the Catholic Church. Behind Vatican walls, a struggle commences between both tradition and progress, guilt and forgiveness, as these two very different men confront their pasts in order to find common ground and forge a future for a billion followers around the world. Inspired by true events.

Fernando MEIRELLES is a director, producer, and screenwriter. In 2000, with Nando OLIVA, MEIRELLES co-directed the film Maids in preparation for a more ambitious project, City of God (2002) which was nominated for four Academy Awards, including Best Director. His other films includes Blindness (2008) and 360 (2011).