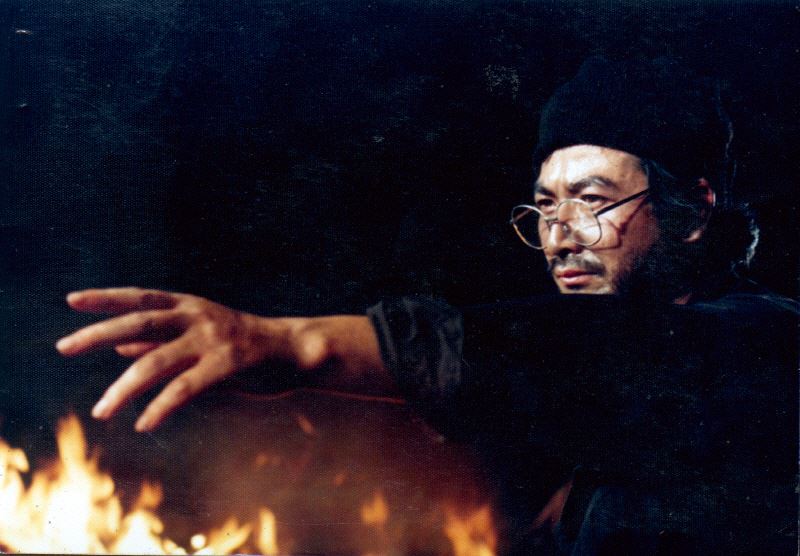 Min Yoseop (HA Myungjoong), who has walked the path of Christian true-seeker, was stabbed to death. But his face looks absolutely peaceful. Detective Nam(CHOI Bul-am) is in charge of the case and begins to track Yoseop’s past. He finds out that the process of Yoseop’s advisory response to God and Dong-pal(KANG Tae-ki)’s decision, who believed and followed Yoseop but thought he was betrayed by him. Director Yoo Hyunmok, who made another Christian film 15 years after Martyr (1965), says he answers the misunderstanding surrounding Martyr as Son of a Man. The extreme angles between the cross and the character, the shots from the bottom and the horizontal line parallel to the frame’s left and right, and the crowd shot by wide angle following the close-up of the face show how JUNG Il-sung’s expressionism is carved into YOO Hyunmok’s movie with a deep realism color. (JEONG Jihye)

YU Hyun-Mok is a film pioneer responsible for cultivating the aesthetics of Korean cinema who also had an immense influence on other filmmakers. He directed 43 features including the classic An Aimless Bullet which many consider as the single greatest Korean film ever made. Born in 1925, YU Hyun-Mok began his film career in 1955 with The Crossroad. Since then, he has pursued auteurism in the midst of a turbulent modern history and the barren nature of Korean cinema. His films represent a mirror which reflect Korea’s social reality in a critical manner, questioning society in the following manner: reality vs. existence in An Aimless Bullet (1961), religion vs. ideology in Martyr (1965) and Rainy Days (1979), and tradition vs. modern times in Daughters of the Pharmacist Kim (1963) and Three Henpeck Generation (1967). YU Hyun-Mok has journeyed in search of human life. He also presents a unified aesthetic exploration of reality and ample experimentation in cinematic images. His latest project is 1995’s Mommy, Star and Sea Anemone .