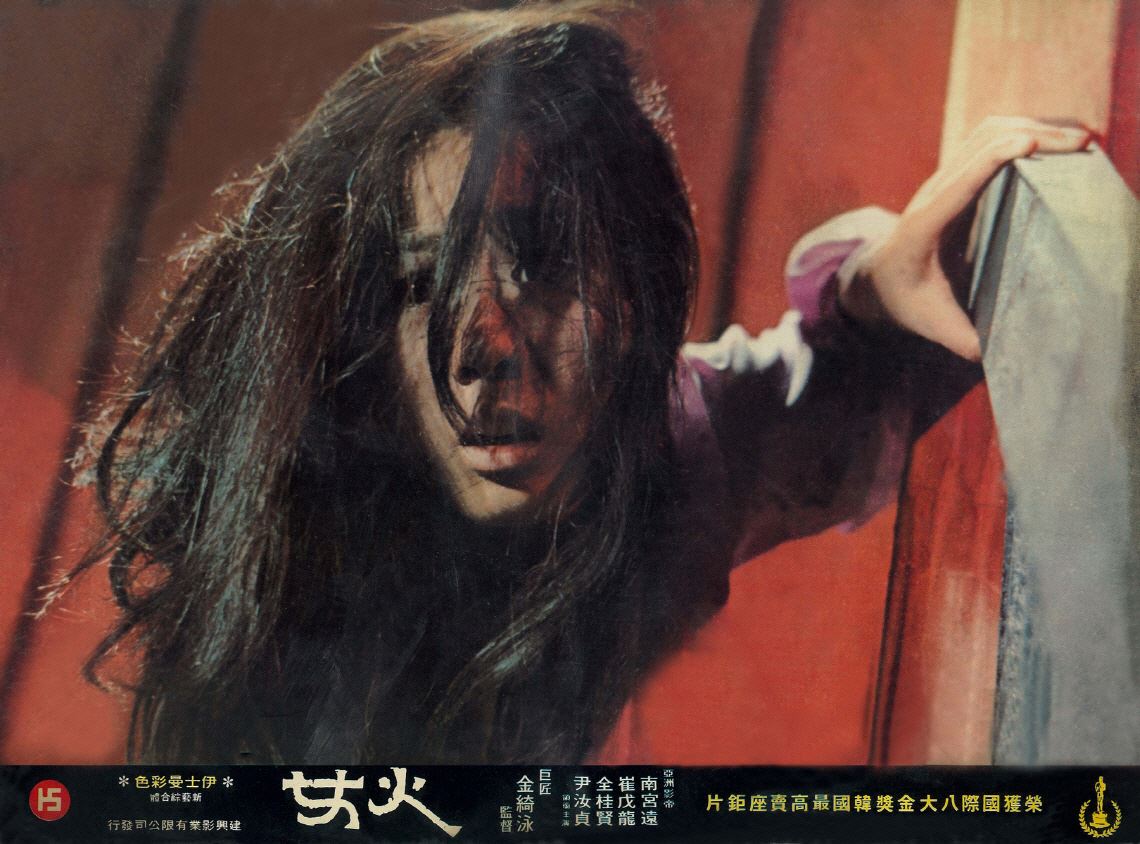 Director KIM Kiyoung’s unconventional film format relies heavily on collaboration with DP JUNG Il-sung. Woman on Fire (1971) was the beginning. A housemade Myeongja (YOON Yeojeong) and the master of the house Dongsik (NAMGUNG Won) are murdered, and the movie reveals the full story of the incident with flashbacks. Myeongja falls into a trap-like love triangle with the master couple, and the house turns into a grotesque closet full of serial murders. Strong, dark red lights dominate inside the house, and beyond translucent windows and vinyl tents, a groan is emitted and a distorted face is glimmering. DP JUNG Il-sung uses thorough calculations to control the light and divide the space into segments obsessively rather than showing the whole space, thereby increasing the intensity of the ominous energy to the fullness. (JEONG Jihye)

Born in Seoul in 1922, after making his debut with the film The Box of Death (1955), he directed around 30 films including Servant Girl (1960), Woman of Fire (1971), and Chungnyeo (1972). His filmic world came into focus when the 2nd PIFF presented a retrospective about him and recently his film Servant Girl was digitally restored and remade into a new version by director IM Sangsoo.