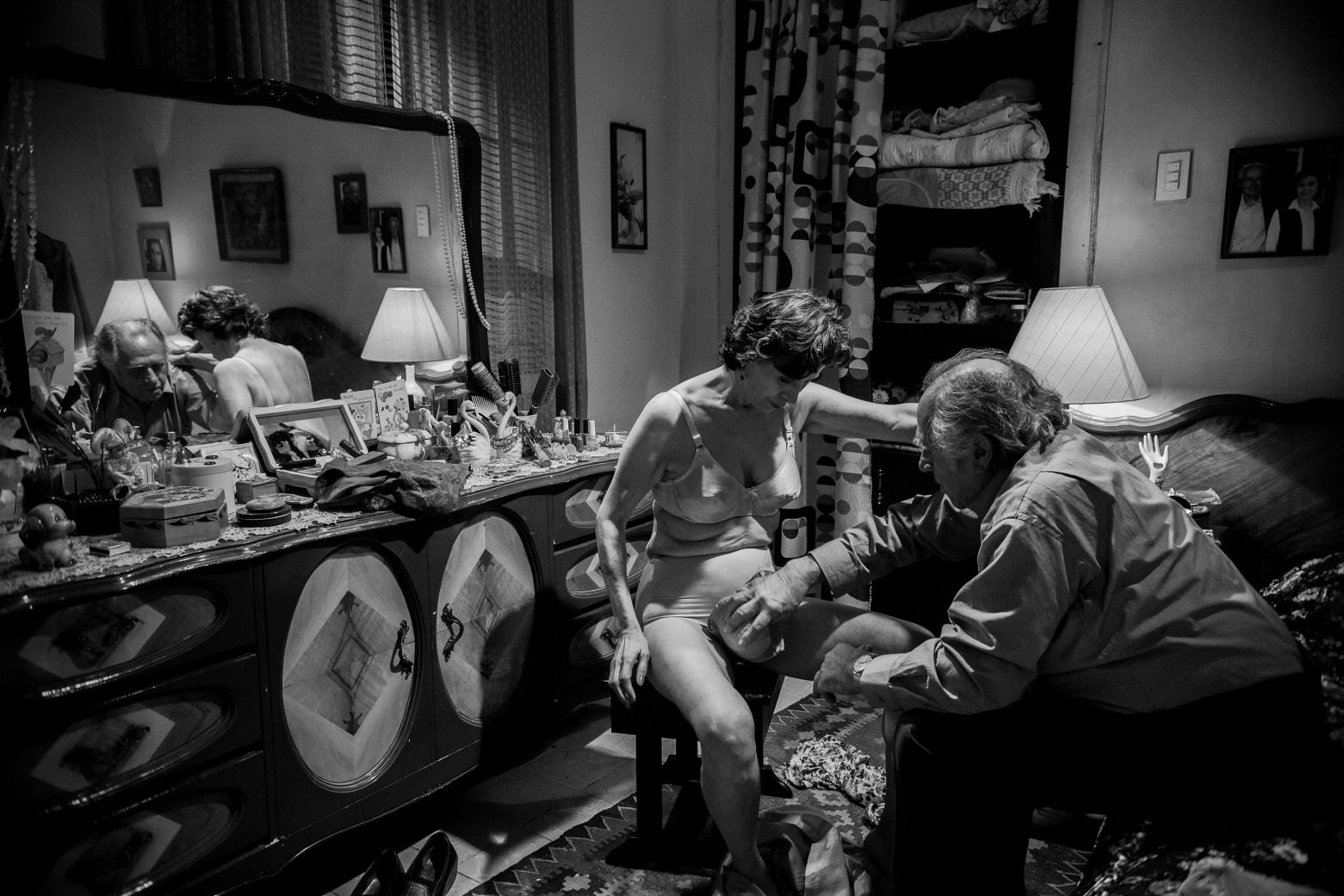 Legendary Mexican filmmakers Arturo RIPSTEIN returns with another collaboration with his wife and screenwriter Paz Alicia GARCIADIEGO, this time a ‘most personal tale’ of an aging couple’s dark and eerie relationship.

Beatriz and her ‘Old Man’ have maintained a mutually miserable marriage for decades. He forces his sexual fantasies on her, to which she unwillingly surrenders. He spits out profanity against her and then seeks consolation with a secret mistress. She flees from his rage and then shamelessly flirts with a tango partner, who is young enough to be her son. They destroy and desire each other until a young housemaid intervenes.

The toxic love/hate relationship is extremely repugnant and pitiful, but voyeuristically captured in black and white and supported with compelling acting. Despite the uncomfortable candidness from its relentless handling of such a sensitive subject, there is a guilty fascination mixed with horror that keeps your attention on the screen. (Karen Park)

A Mexican veteran filmmaker whose works have international impact, Arturo RIPSTEIN was born in Mexico in 1943 and grew up in the world of film. His father was a famous producer, Alfredo RIPSTEIN At the age of only 22, he made his debut with 1965 based on a script by Gabriel Garcia MARQUEZ and Carlos FUENTES. He has directed numerous features, short films and documentaries. His films include Place without Limits (1977), Love Lies (1988), Queen of the Night (1993), Deep Crimson (1996), Divine (1998), No One Writes to the Colonel (1999), Such is Life (2000) and The Ruination of Men (2000).