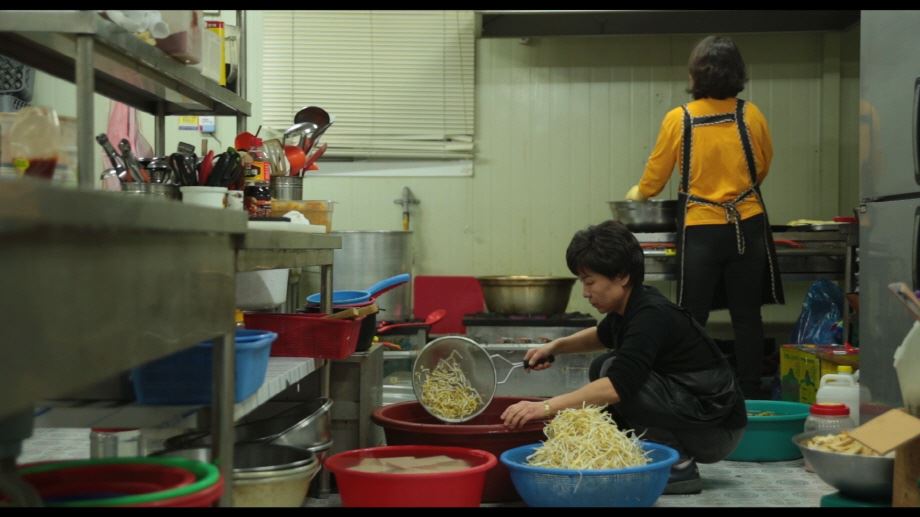 At 4:30 AM, Mom is preparing for a huge meal all by herself. In charge of the eatery at the construction site of the Incheon Airport Terminal 2, Mom easily makes a meal for hundreds of construction workers, but her labor is not easy to watch for her filmmaker son. HAMBA begins with director BANG Sungjun’s voiceover: “A year after my dad died, my mom said she wants to run a hamba in Yeongjongdo.” And most of the film is full of scenes showing a mother working and her son helping with the delivery when he can. The special moments in this film are every moment of affection between the mother and the son—that is what this film is all about. In the last sequence, the son who is studying filmmaking shows his short film to his mother. Presenting the mother’s labor to overcome sorrow and the son’s movie to remember his father, HAMBA simply portrays the process of a wife and a son who have lost their husband and father overcome their sorrow in their own ways. Fortunately, life after the terrible loss isn’t all full of tears. (KANG Sowon)

What Can You Do about It

I AM A PILOT