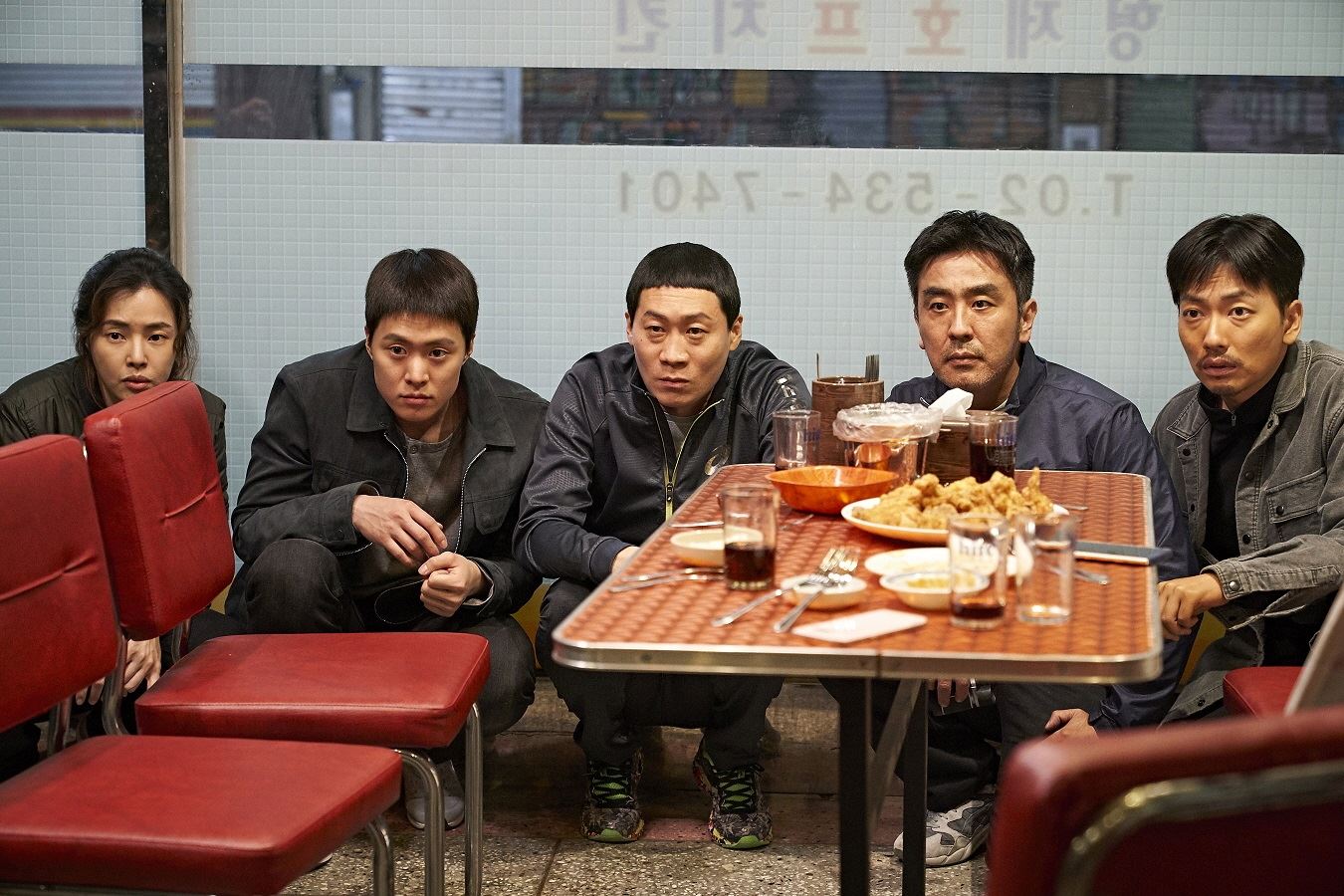 A drug squad, on the verge of disbanding after failing to arrest criminals repeatedly, will go on a stakeout for a comeback. The five drug squad detectives even take over a chicken store for their undercover work, which happens to be rumored to be a good place and the business is booming. It is a clear and lively comedy that solves the happy-go-lucky performance of police officers as they run a self-employed business. Basically, every scene is made to make the audience laugh, but the approach is not as light or provocative as it is. The rather exaggerated expressions are also understandable, thanks to the detailed circumstances based on realistic empathy.

This movie identifies Director LEE Byeongheon’s endurance and latent energy who has made comedy films only since his debut with Twenty (2014). Unlike other movies deviating from the main theme and becoming lengthy, this film stands out the sense of humor that builds up laughter in its basics. (SONG Kyungwon)