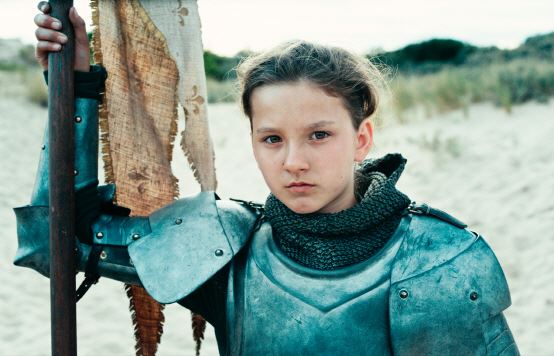 By one of the most important French contemporary filmmakers, Jeanne is the musical adaptation and very modern of one of the myths of the History of France. After Jeannette (2017), Bruno DUMONT continues the story of Jeanne D’Arc by adapting the second part of Charles PEGUY’s play. After trying to free Paris occupied by the English, Jeanne is captured and tried and burned in Rouen.

Coming after the masterpieces of DREYER, BRESSON and RIVETTE, Bruno Dumont gives a very personal vision of the historical figure. Jeanne becomes a political figure challenging all the powers of her time, like those of the church and royalty. If Jeanne gets away, it is by pacifism and to restore the freedom of the people. By choosing a 11-year-old actress to play Jeanne, he makes the warrior the eternal incarnation of the revolts of youth. Special Mention of the Jury at Un Certain Regard at the Cannes Film Festival 2019. (Stéphane Du MESNILDOT)

Born in Bailleul, France, Bruno Dumont studied philosophy in college. His first feature The Life of Jesus (1997) won a Jean Vigo Award and second feature Humanity (1999) won the Grand Prix, the Best Actor Award, and the Best Actress Award at Cannes Film Festival. He also won the Grand Prix at Cannes with his fourth film Flandres in 2006.

Marghe and Her Mother