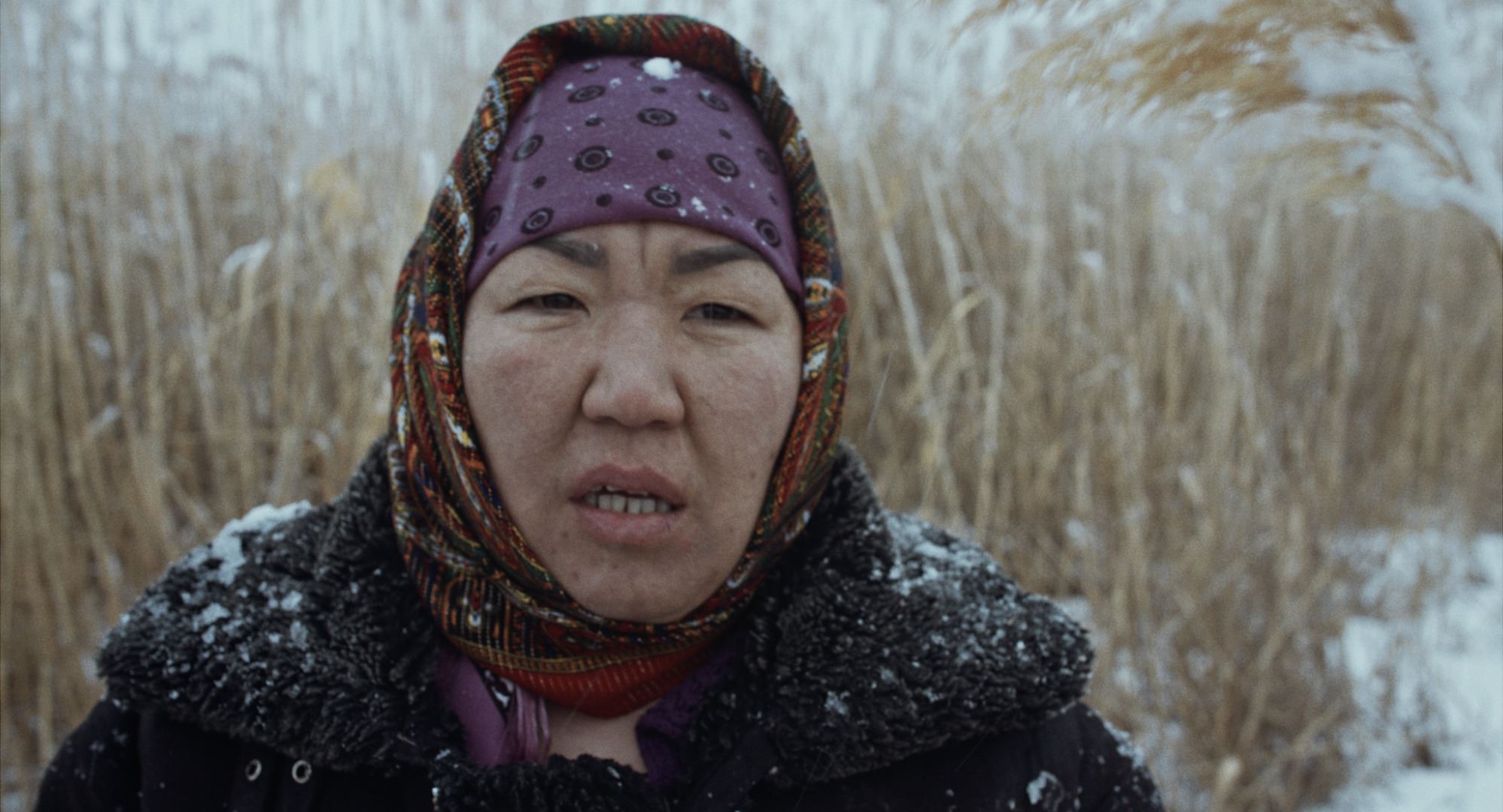 From somewhere in the snow-covered field of reeds, Mariam walks out, barely keeping herself steady. She lets out a heavy sigh and walks off the screen, and the title Mariam fills the screen. When her husband, who leaves to go purchase goods from the city, does not answer his phone or return home, Mariam goes to the police to report him missing. As a mother of four young children, she can only receive government benefits if she proves her husband’s death. She eventually receives government benefits thanks to the help of an old friend. But when her husband returns home safely after a few months, Mariam faces another dilemma.

Depicting the realities of a poor family living in a snow-covered village in rural Kazakhstan, particularly the life of a woman and the mother of four children, the film maintains a dry tone and atmosphere without a single scene accompanied by music, except the very last scene. Yet detailed directing and well-designed camera movements capture the subtle changes in Mariam’s emotions. The ending scene is a variation of the opening scene, and the music and the epilogue amplify the emotions that remain restrained throughout the film. (Park Sunyoung)

Sharipa URAZBAYEVA graduated from the Kazakh National Academy of Arts. In 2013, she passed the international internship to study the technology of film in Lisbon University Nova. She directed several short films that have become winners of the international short film festivals. Her filmography includes The Potato Eaters (2016), Ego (2014), Mimi (2013), Source (2012).