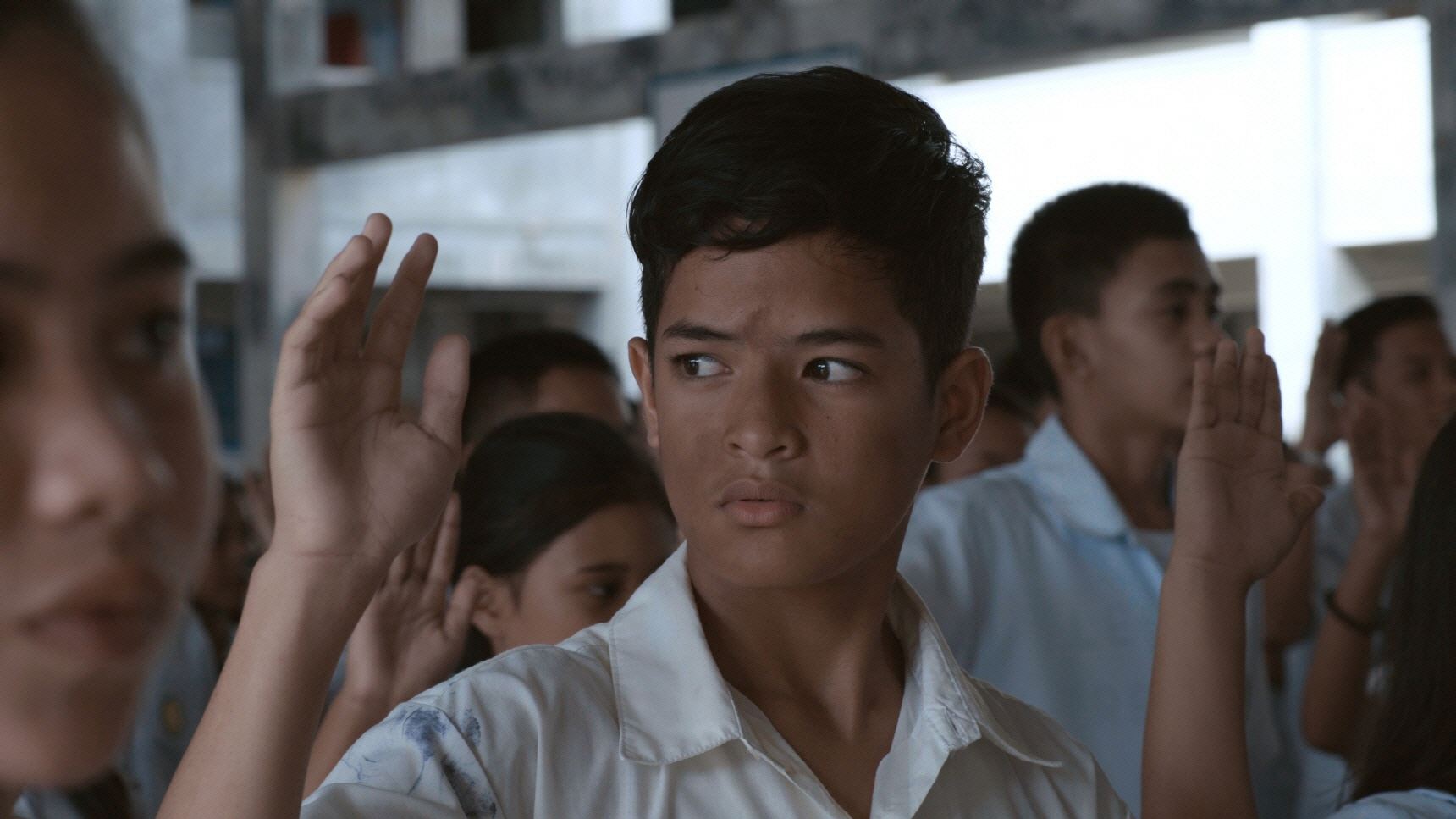 John Denver is a quiet, ordinary eighth grader who lives with his mom. During a school dance practice, a classmate who is broadcasting the practice on social media plays a mean prank on John. Upset, John leave the practice early, only to be accused of stealing the boy’s iPad. John retaliates to his bully, and their fight is filmed and uploaded on social media. The video of John attacking his classmate goes viral, and his peaceful life is completely destroyed.

John Denver Trending starts with a remarkable opening scene that shows the filming of the video. It is then followed by images of social media screen, instant messages, and cleverly manipulated editing process to effectively present the incident that completely spirals out of control in real time. Rather than focusing on the truth of the matter, the film explores the ubiquity of online violence committed by numerous anonymous perpetrators. But above all, the ensemble acting of the strong mother who struggles through this incident and the tenderhearted son with expressive eyes particularly stands out in this film. (PARK Sun Young)

Arden Rod CONDEZ is a graduate of the University of the Philippines in the Visayas with a degree in Broadcast Communication. He has been a writer of ABS-CBN Corporation, the largest media conglomerate in the Philippines, for almost 15 years. The short UNTIL NEXT TIME(2019) was invited to international film festivals, which participated in screenwriting, directing and producing. John Denver Trending(2019) is his directorial debut.