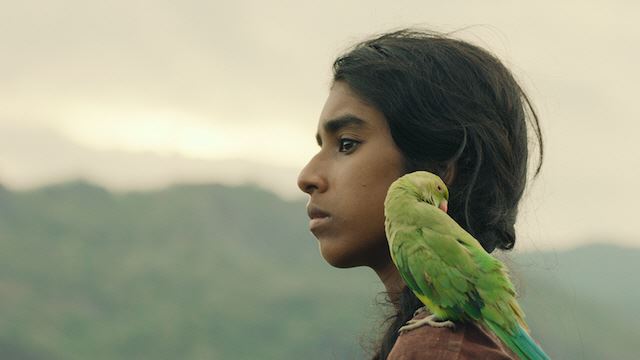 In a small village in southern India, a newlywed couple is on a motorcycle, heading to a temple. When the bride’s period begins unexpectedly, the groom leaves to look for a piece of cloth for her to use but does not return. The bride goes out searching for her husband and heads into a nearby hut, where she meets a boy who tells her the story of Maadathy, the goddess of the lowest caste group. The story was about a family of the unseeable caste, which was even lower than the untouchables and considered outcastes—people who have been thrown out of the caste system. Because of their status, the only occupation they were allowed to have was to washers. They washed clothes that were considered unclean, such as clothes on corpses or those stained with menstrual blood. And they had to keep out of everyone’s sights, because people believed that just catching the sight of the unseeables made themselves unclean.

Beings who wash away the filth, who may cause harm by being seen, and who allow society to maintain its solidarity—who can they be if not gods? Director Leena MANIMEKALAI, who is also a poet, focused on the sanctity found in the uncleanest of all things. But the tale of a goddess that should be just is instead full of ‘unfair’ incidents. (CHOI Eun)

Leena MANIMEKALAI is a film director and poet born in India. Her narrative documentaries that count to a dozen on the dynamics of caste, gender, globalization, art therapy, student politics, eco-feminism, indigenous people′s rights and LGBTQ lives have been internationally acclaimed and have won several awards in prestigious international film festivals. Maadathy- An Unfairy Tale is her second feature fiction.

Lunana: A Yak in the Classroom